The first “deceleration” and “signs of a tipping point” cropped up in the S&P CoreLogic Home Price Index, which was released today. But today’s data for “April” consists of the three-month average of closed home sales that were entered into public records in February, March, and April,  representing deals that were made a few weeks earlier, roughly in January, February, and March, funded with mortgage rates prevalent at that time and earlier for home buyers with pre-approved mortgages with rate locks when they were pre-approved, so roughly based on the mortgage rates prevalent in December through March, ranging from 3.2% to 4.7% (green box): 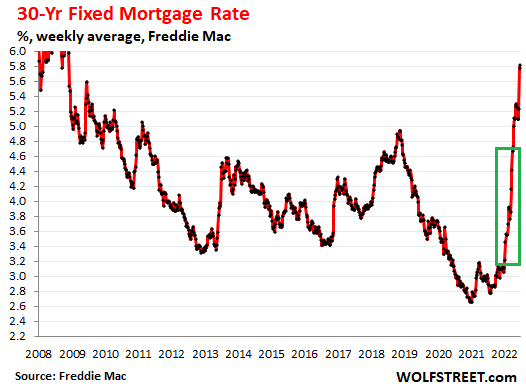 Other indicators of the housing market that don’t lag as far behind have shown more advanced shifts in the underlying dynamics, including sagging sales amid a surge in supply in May, a sharp drop in mortgage applications in May and into June, and a surge in active listings in May.

The S&P CoreLogic Case-Shiller Index will gradually begin to reflect those dynamics over the next few months. Today’s release for “April,” looking back at a period earlier this year, when mortgage rates were a lot lower, still reflects the mad scramble to buy a home and lock in the mortgage rates at the time before they rise even further.

“In particular, there is a buildup in overall active inventory as fewer buyers are rushing to make offers, resulting in an increase in the share of homes that have reduced their prices from the original list price,” Hepp said.

“Also, there is a notable deceleration of monthly gains in the Western markets where a rush to lock in favorable mortgage rates pushed home price growth higher in prior months,” Hepp said.

The index value of 426 for San Diego means that home prices exploded by 326% since January 2000, when the index was set at 100, despite the plunge in the middle.

This price growth of 326% since 2000 is 4.5 times the rate of CPI inflation (+73.2%), which crowns San Diego the most splendid housing bubble on this list, followed by Los Angeles and Seattle. All charts here are on the same index scale as San Diego. 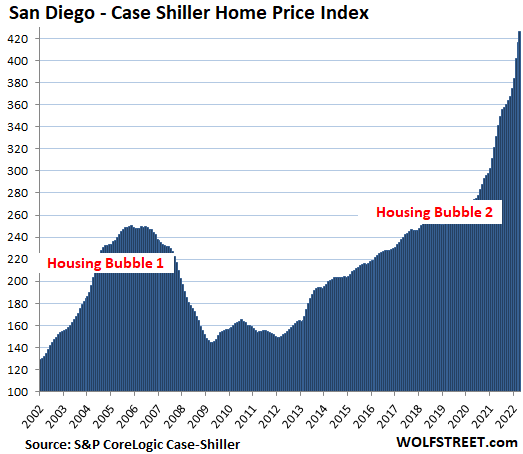 Los Angeles metro: The Case-Shiller index jumped by 2.0% in April from March, but that was down from the 3.3% spike in March. Year-over-year, it spiked by 23.4%. The index value of 419 indicates that house prices exploded by 319% since January 2000, making the Los Angeles metro the second most splendid housing bubble on this list: 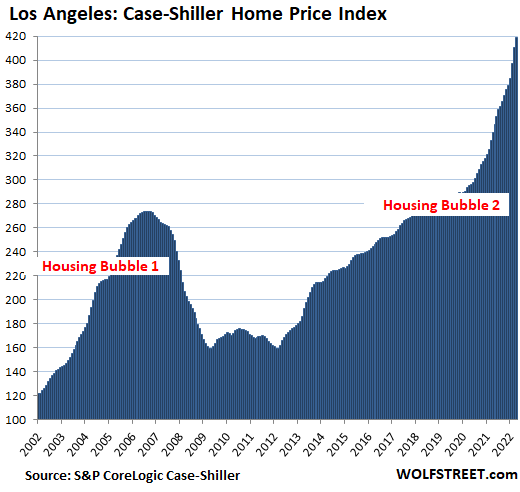 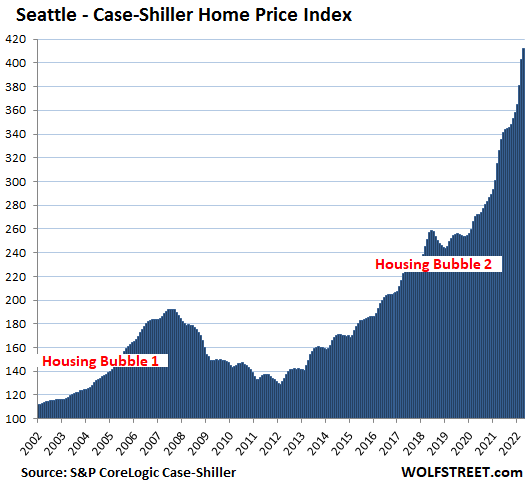 The Case-Shiller Index uses the “sales pairs” method, comparing the price of a house when it sells in the current period to the price when it sold previously. It incorporates adjustments for home improvements. By tracking how many dollars it took to buy the same house over time (methodology), it measures the purchasing power of the dollar with regards to the same house, and is thereby a measure of house price inflation.

The other most splendid housing bubbles in the 20 City Case-Shiller Index. 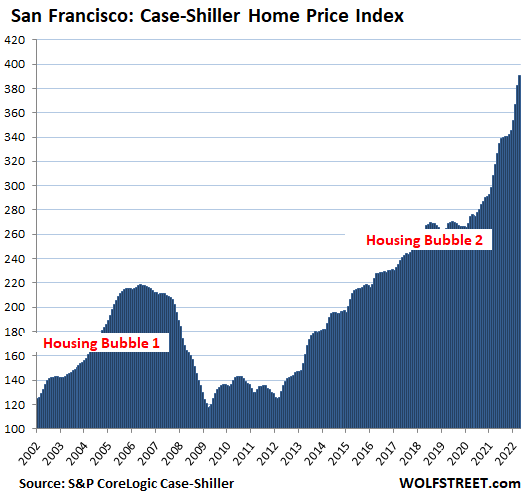 Miami metro: The index spiked 3.4% for the month, down from the 3.6% spike in the prior month. Alas, year-over-year, it spiked by 33.3%, up from 32.0%, the fastest ever in the data, faster even than at the apex of the Housing Bubble 1, before Miami’s epic Housing Bust: 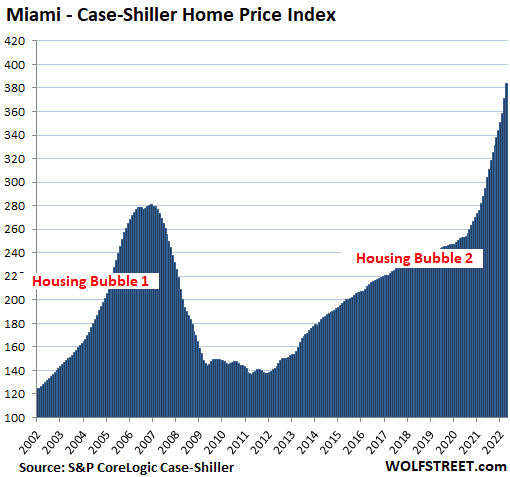 Tampa metro: House prices spiked by 3.0% for the month, but that was down from the 3.7% spike in the prior month. Year-over-year, prices spiked by 33.3%, down from 34.8%, which had been a record that had out-spiked the craziness just before the Tampa’s epic housing bust: 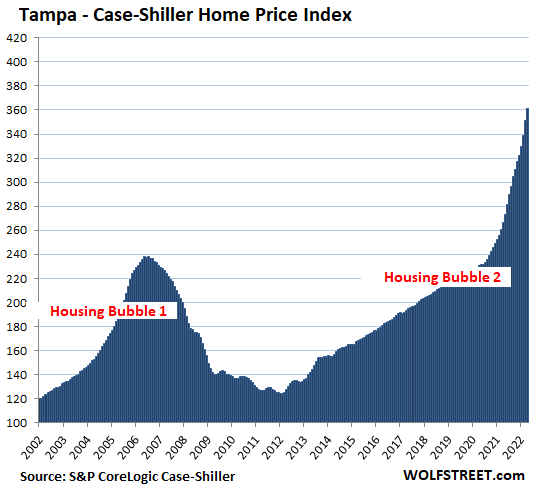 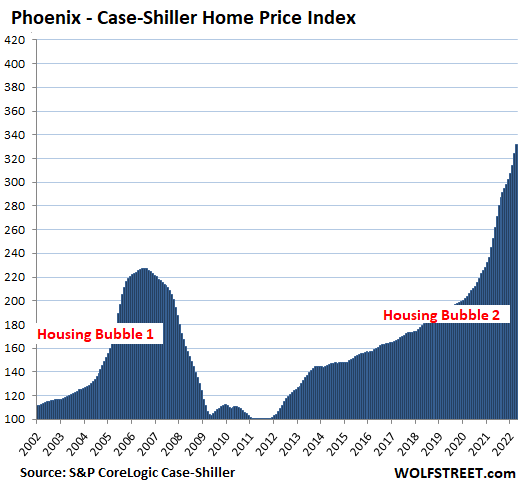 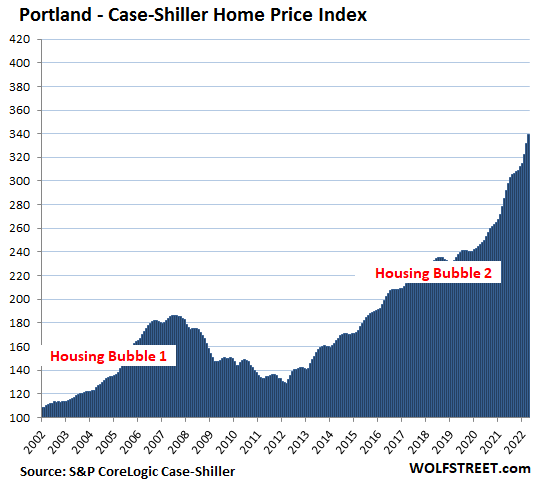 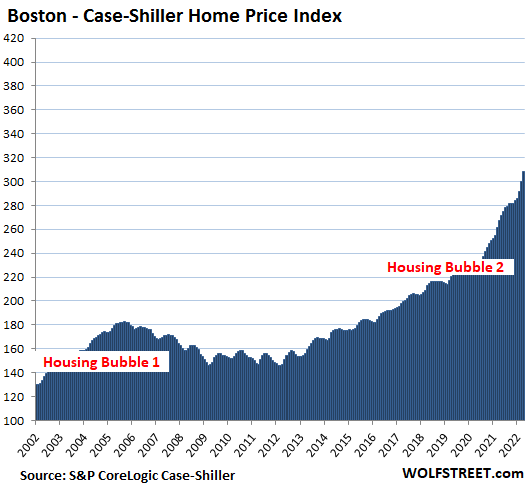 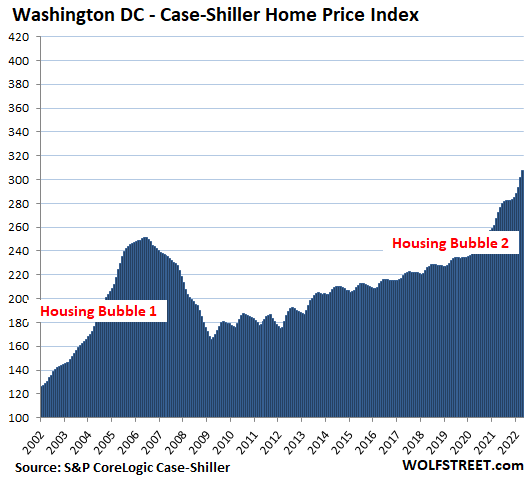 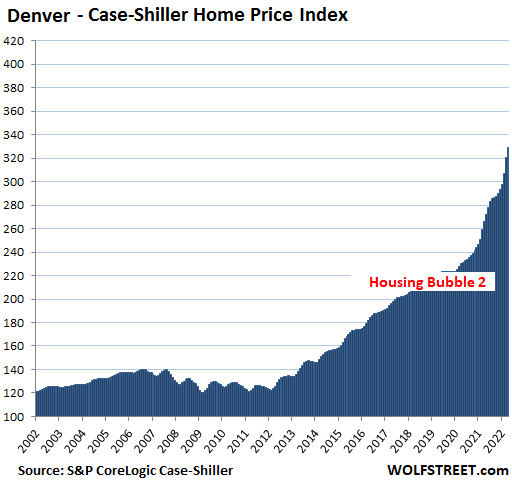 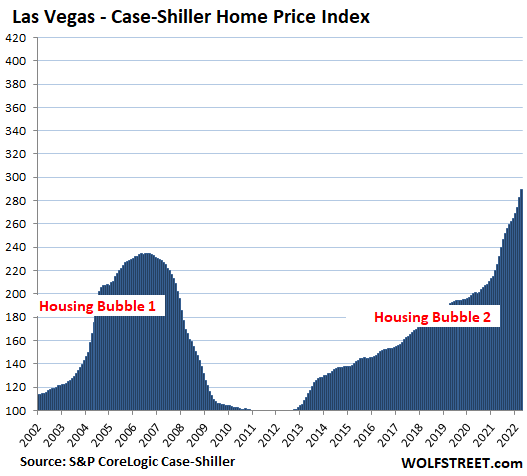 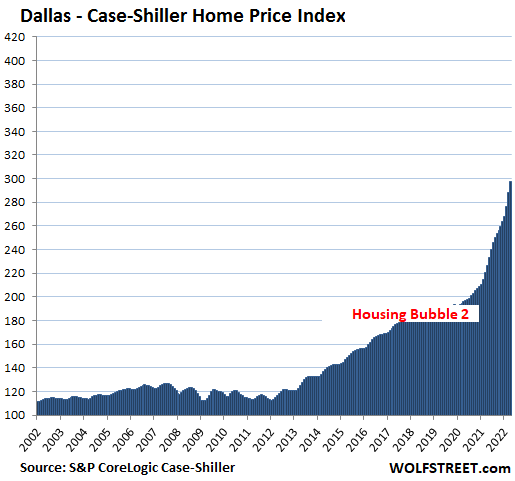 The remaining cities in the 20-City Case-Shiller Index (Chicago, Charlotte, Minneapolis, Atlanta, Detroit, and Cleveland) have had less house price inflation and don’t qualify for this list. 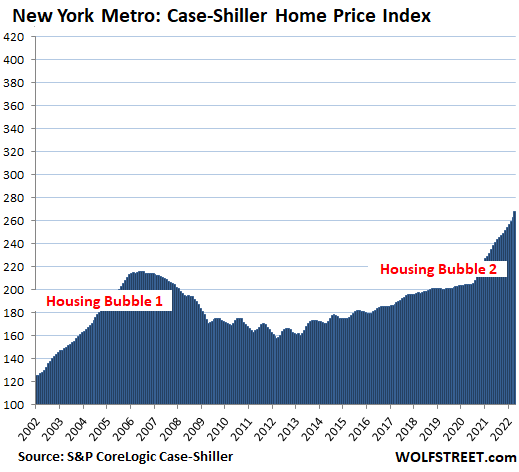 237 comments for “The Most Splendid Housing Bubbles in America, June Update: “Deceleration” and “Tipping Point” of the Raging Mania”