Neck-breaker volatility in opposite directions in an unsettled market.

The average retail price of No. 2 highway diesel – to be passed on in the costs of everything that arrives at the house, office, store, construction site, or manufacturing plant – has been rising since November 2020, and on Monday jumped to a record $5.25 a gallon, the US Energy Department’s EIA reported late Monday, based on its surveys of gas stations conducted during the day. And this comes after the prior week’s spike. 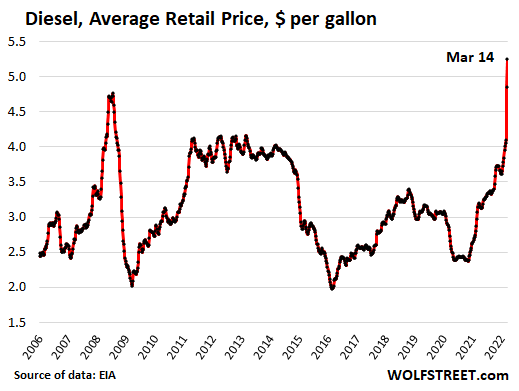 The prior record high for diesel of $4.76 occurred in July 2008, after which it got blown out of the water by the demand destruction resulting from the Financial Crisis and the housing bust. Adjusted for CPI, $4.76 in July 2008 would be $6.40 today. So in “real” terms, today’s $5.25 a gallon is still not there yet.

The average price of all grades of gasoline at the pump jumped to a record $4.32 a gallon on Monday, according to the EIA late Monday, up by 19.6% over the past two weeks, also the biggest two-week jump in the data going back to 1994. Year-over-year, gasoline was up 51.2%.

But adjusted for CPI, we’re not there yet either. In July 2008, gasoline hit $4.11 before demand destruction from the Financial Crisis knocked it down. In today’s dollars, this would amount to $5.30 a gallon. 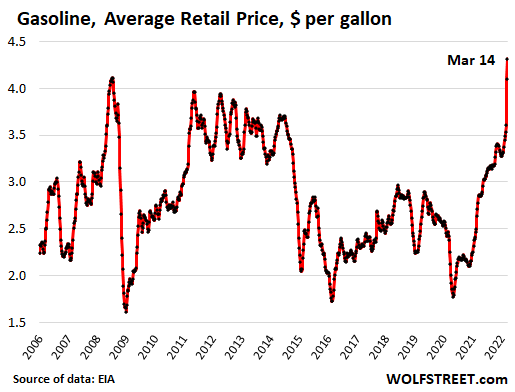 Crude oil WTI futures plunged 24% in one week, from over $130 last Monday to $97.96 at the moment, which put it back where it had been on March 1, when it had punched through the $100-mark for the first time since 2014, in white-knuckle volatility that seems to be afflicting everything these days (chart via Investing.com): 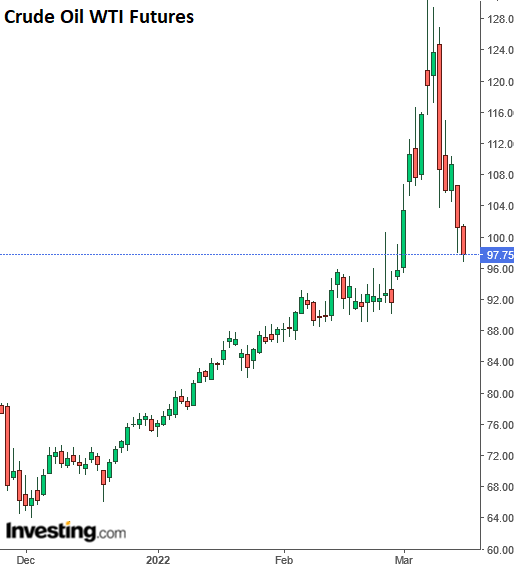 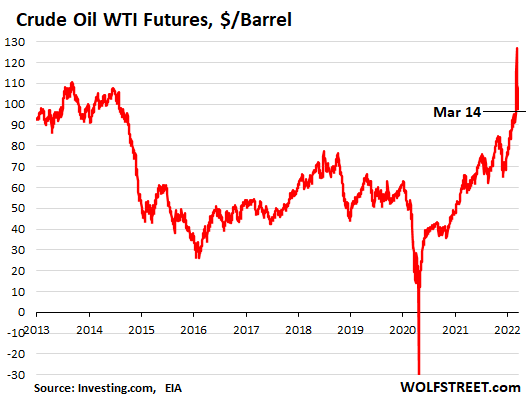 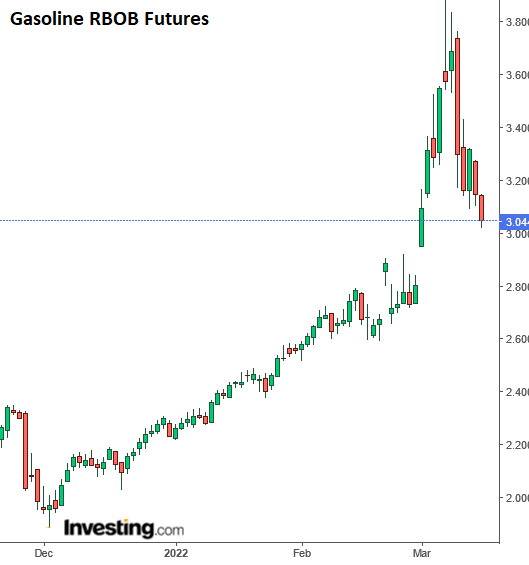 At the tourist gas station in my neighborhood in San Francisco, regular gasoline hit $5.99 a few days ago, and the two higher grades punched through the sound barrier of $6, even as gasoline futures were already plunging, and for now, prices at the pump, which were so record-quick to skyrocket, have turned out to be sticky at these record sky-high levels (photo by Wolf Richter): 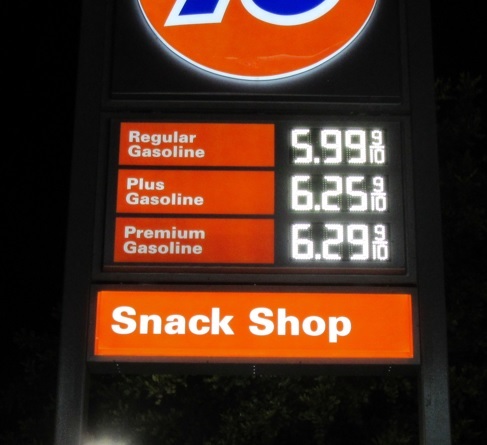