Rolls-Royce’s debacle for the Boeing 787 Dreamliner. And China is learning it the hard way.

By MC01, a frequent commenter, for WOLF STREET:

During a scheduled engine inspection in April 2016, an All Nippon Airways (ANA) maintenance crew discovered early corrosion and fatigue cracks on several turbine blades of a Rolls-Royce Trent 1000 “Package C” installed on one of the company’s Boeing 787 Dreamliners. Despite Rolls-Royce’s spending over £30 million in 2017 to design and manufacture new and supposedly improved turbine blades for the affected engines, by April 2018 it was apparent the “Pack C,” as the engine is affectionately nicknamed, was in serious troubles.

Engine inspection intervals were reduced from 200 to 80 flights, and a while later the US FAA (Federal Aviation Administration) and the EASA (European Aircraft Safety Agency) jointly decided to cut ETOPS for Boeing 787 equipped with the Pack C engine from 330 to a crummy 140 minutes (Trent 1000 at the factory, image via Rolls-Royce). 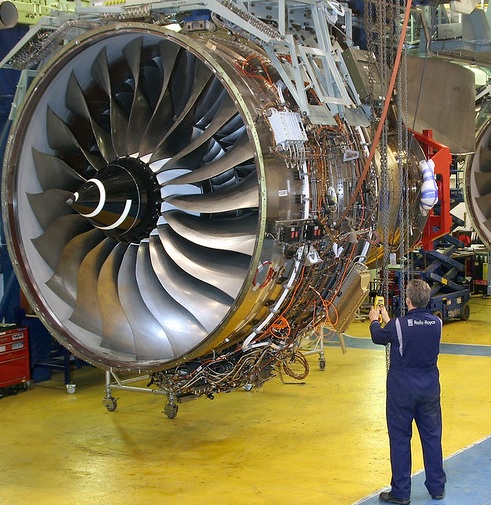 ETOPS (Extended Twin OPerationS or rather more dramatically Engines Turn Or Passengers Swim) certifies how long a twin engine aircraft can fly on a single engine to reach a diversion airport with a reasonable degree of safety for passengers and crew. The higher the number (which indicates flight time in minutes), the more distant a twin-engined airliner can be from a diversion airport on a revenue-generating flight.

It doesn’t take a route planning specialist to understand this dramatic ETOPS reduction affected long range operations, especially over the Pacific, with several airlines deciding to ground their affected aircraft until Rolls-Royce could provide an effective fix.

In June 2018 similar problems were discovered on a Trent 1000 “Package B” engine as well, leading to an Airworthiness Directive by the EASA and the FAA mandating more frequent inspections and sending Rolls-Royce scrambling for a solution.

Rolls-Royce expects to spend an eye-watering £1.38 billion to solve the Trent 1000 troubles.  This estimate includes not just designing, manufacturing, and testing the new parts to the regulators’ satisfaction and installing them in the affected engines but also tentative cash settlements with airlines that suffered a financial hit because of these technical issues.

Because of this fiasco, Air New Zealand, one of the most affected airlines and traditionally a faithful Rolls-Royce customer, decided to switch their engine preference to the rival General Electric Aviation GEnx-1B for their latest order for eight Boeing 787-10 to replace their present Boeing 777-200ER fleet.

Without counting replacement engines, the financial loss for Rolls-Royce on this deal alone is estimated to run well over £500 million between the engines themselves, spare parts and support.

Rolls-Royce of Great Britain is one of the “Big Three” engine manufacturers that dominate the market for commercial aircraft engines. The other two are General Electric Aviation, a division of the GE, and Pratt & Whitney, part of the United Technologies conglomerate.

To put in prospective the sheer size of the Big Three, Rolls-Royce reported 2018 revenues of £15.1 billion of which an enormous £7.4 billion came from commercial aviation. Defense contributed a “mere” £3.1 billion to Rolls-Royce revenues in the same fiscal year.

Differently from the airliner sector that Airbus and Boeing dominate, this situation is not the result of long term consolidation nor of the modern trend towards mergers and acquisitions: While Rolls-Royce absorbed all other British engine manufacturers, from Bristol to de Havilland, this process had been completed by 1961. The Big Three were already firmly established and dominating the commercial engine market by the time the Boeing 707 and Douglas DC8 were changing air travel forever during the 1960s.

Despite the huge size and decades of dominance, life for the Big Three is anything but easy. R&D is time-consuming and immensely expensive, as is fixing any trouble a new engine will experience, while airlines are always ready to shift their preferences to a competitor if they think they may obtain even a minuscule financial or technical advantage.

For example, in 2001, Pratt & Whitney started the Geared Turbo Fan (GTF) project which later became the PW1000G family of engines, after 8 years of studies, prototypes and technical dead-ends into the core concepts of this engine. The first PW1000G was test-flown in 2008 and the first production engine was delivered to Lufthansa in 2016. The PW1000G program has cost so far $10 billion.

Then there are the costs to fix the inevitable teething problems. For example, fixing an issue with mechanical seals on just 98 PW1000G engines (43 already in service plus 55 delivered to Airbus for assembly and to maintenance centers as spares) cost Pratt & Whitney $50 million in 2018.

Put this way, one may believe building a successful modern engine is merely a matter of pouring billions of dollars, euro or pounds into it, but in reality designing and building even a modestly successful engine requires decades of accumulated knowledge in an enormous number of technical sectors, ranging from lubrication to fluid dynamics.

And China is learning this the hard way.

As part of the ongoing efforts to build the COMAC C919, a wholly indigenous airliner comparable with the Airbus A320neo and Boeing 737MAX, China’s Ministry of Industry and Information Technology instructed the state-owned Aero Engine Corporation of China (AECC) to develop a turbofan engine comparable to the CFM International LEAP engine used on both the Airbus A320neo and the Boeing 737MAX.

Originally this new engine, officially called CJ-1000A, was scheduled to start testing in 2016 and to be operative by 2020, with AECC enlisting the help of foreign contractors such as MTU Aero Engine and GKN Aerospace to speed up the process.

But recently, AECC admitted the CJ-1000A is running well behind schedule and expects the engine to be certified and start commercial operations in 2030.

The COMAC C919 airliner, for which the engine was meant, will be put into service with foreign-made engines. Both AECC and the Chinese government have refused to release any figure about the CJ-1000A development costs.

And in 2017, AECC also announced that work has started on a far larger and even more advanced commercial aircraft engine, tentatively named CJ-2000, which should power the highly ambitious CR929 widebody airliner, which Chinese authorities are aiming straight at the Airbus A350 and Boeing 787.

The CR929 is a Sino-Russian cooperation started in 2016 which has so far been marred by what can only be called absolute confusion and unrealistic targets, such as a first flight in 2025 and type certification (which allows aircraft to carry out revenue-generating flights) in 2027 — which makes it difficult to take this project seriously.

The widely publicized CR929 budget of $13 billion may seem huge, but it cost Boeing $32 billion (in 2011 dollars!) to develop the 787 Dreamliner, and that’s without engine development costs, which were borne by General Electric and Rolls-Royce. Even allowing for China’s lower costs in some fields and ultra-generous incentives, it’s very likely that designing a moderately successful widebody aircraft would cost the Chinese government at least $25 billion, plus a further $15 billion for the engines. This is assuming no dead-ends are met and that China can close its gap when it comes to fluid dynamics and material science and engineering on schedule and without any serious setback.

It’s very likely China is at least a decade away from introducing a wholly indigenous airliner, and the end product is not likely to overly impress airlines.

However it’s very likely before that date that Chinese companies will be able to directly compete with Western component vendors ranging from flight control systems to avionics: Already now many composite parts of the Airbus A350 are manufactured in China by the Harbin Aircraft Industry Company, which has been manufacturing Airbus (formerly Aérospatiale) helicopters under license since 1980. By MC01, a frequent commenter, for WOLF STREET