It was another slap in the face that inflation dished out: In December, the Consumer Price Index excluding the energy products that consumers buy (gasoline, diesel, electricity, natural gas piped to the home, heating oil, etc.) rose to a record 7.2% in the 19 countries that use the euro, according to Eurostat. A breath-taking spike: 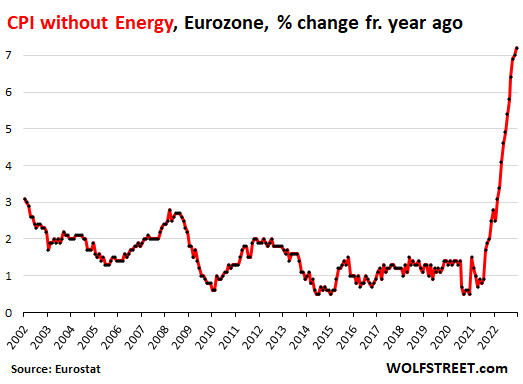 Fuel prices have come down, as fuel commodities have come down and as government fuel subsidies have pushed them down. But other factors, including services, are now driving inflation.

Inflation without energy products started spiking in mid-2021. By February 2022, the index had hit 3.1%, the highest since the beginning of the data in 2002. And then it continued to spike as inflation beyond the volatile energy prices was worming deeper into the economy.

This index is now being cited by ECB governors, and by ECB President Christine Lagarde as reason for continuing the inflation crackdown, despite the drop in fuel prices. 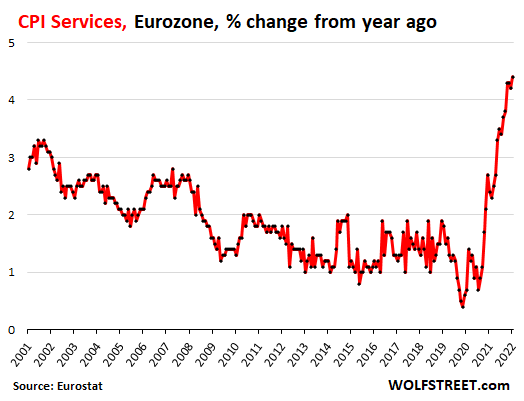 All eyes are now on wage increases as the driver behind this inflation. “We know wages are increasing, probably at a faster pace than expected,” Lagarde told a Croatian paper, cited by Reuters, when she was in Croatia a few days ago to welcome the country as the 20th member of the Eurozone. “We must not allow inflationary expectations to become de-anchored or wages to have an inflationary effect,” she said.

Wages are by far the largest cost component of services outside of rent, and rising wages are getting passed on as higher prices. This is at the root of Lagarde’s comment about wages, and she was echoing Fed Chair Powell on this issue: wage inflation is going to drive services inflation, and services inflation is very hard to crack down on.

The overall CPI rate fell to a still huge 9.2%, down from 10.1% in November, and from 10.5% in October, after prices for energy products that consumers buy – gasoline, diesel, natural gas, etc. – fell sharply, and were pushed down further by government energy subsidies.

Since October 2021, Eurozone inflation rates were in never-seen-before territory. They hit 5.1% in January 2022 before Russia invaded Ukraine. Russia’s war in Ukraine made the trends worse by fueling commodities inflation that is now subsiding: 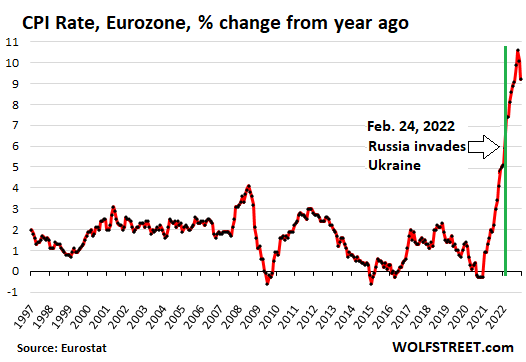 In Germany, where new energy inflation subsidies kicked in, the CPI fell to a still horrible 9.6%, down from 11.3% in November and down from the record 11.6% in October.

Already in November 2021, well before Russia’s invasion of Ukraine, inflation hit what was then an unthinkably high rate of 6.0%. 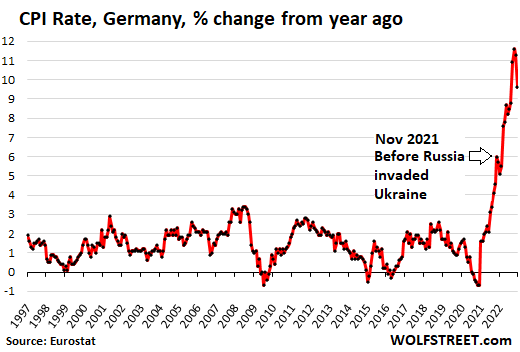 After years of negative interest rate policy – the silliest central-bank absurdity ever concocted – the ECB got religion about inflation and hiked its policy rates at each of its last four meetings in 2022, by a total of 250 basis points, to 2.0%, the fastest rate hikes in its history, and more rate hikes are coming. They’re ridiculously far behind, but they’re now moving, and they’re hiking into what the ECB has said is a recession.

Step 1 of QT has already knocked off €850 billion from the ECB’s balance sheet, since the peak in June (I discussed the details here). 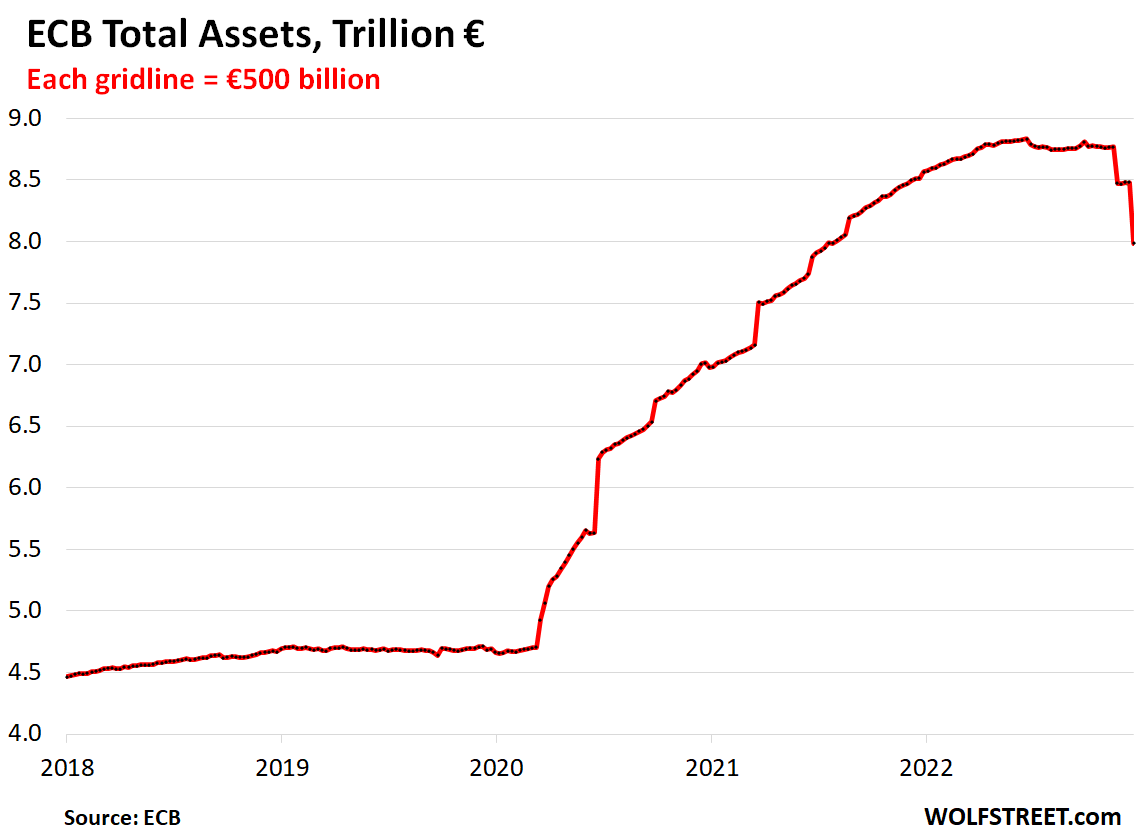