Powell in his speech yesterday discussed the issues around inflation currently and expressed his frustration that inflation has moved mostly “sideways” at very high levels over the past 12 months, and hasn’t come down from those levels despite aggressive rate hikes. His whole discussion was focused on the “core PCE price index,” which the Fed uses as yardstick for its inflation target of 2%.

“Over 2022, core inflation rose a few tenths above 5 percent and fell a few tenths below, but it mainly moved sideways,” he said.

And so we got more of that today: The Core PCE price index (which excludes food and energy products) rose 5.0% year-over-year in October, a slightly slower increase than in September, a slightly faster increase than in August and July, and same as in June, according to the Bureau of Economic Analysis today. This was the last inflation report before the Fed’s next meeting in two weeks. 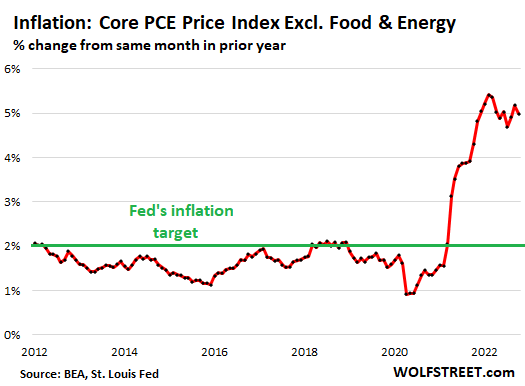 “Down months in the data have often been followed by renewed increases”: Powell.

Powell also said that the Fed won’t be swayed by “a single month’s data.” The dip in October’s month-to-month data “followed upside surprises over the previous two months,” he said.

The chart of month-to-month core PCE readings shows how “down months in the data have often been followed by renewed increases,” as he said yesterday, citing estimates of data that was released today.

“It will take substantially more evidence to give comfort that inflation is actually declining. By any standard, inflation remains much too high,” he said yesterday.

On a month-to-month basis, the “core PCE” price index rose 0.2% from the prior month, a slower increase than the 0.5% jumps in September and August, according to the Bureau of Economic Analysis today.

The zigzag pattern of the month-to-month core PCE readings demonstrates what Powell meant when he said that the Fed won’t be swayed by “a single month’s data.” 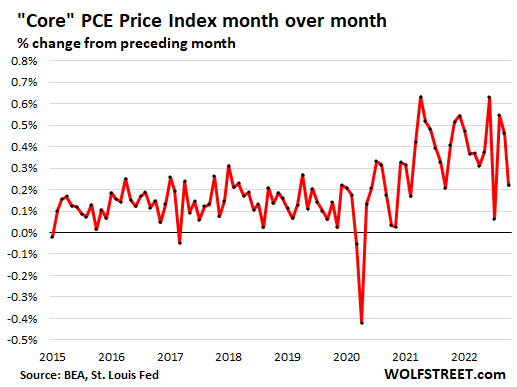 The overall PCE price index (which includes food and energy products) rose 6.0% in October compared to a year ago, down slightly from the increases in the prior months, and same rate as in December 2021. The entire group of inflation readings since November 2021 have been the highest since 1982. In other words, this measure hasn’t meaningfully come down either, despite aggressive rate hikes! And that was a big theme in Powell’s speech yesterday – that there just hasn’t been any meaningful progress yet in the fight against inflation: 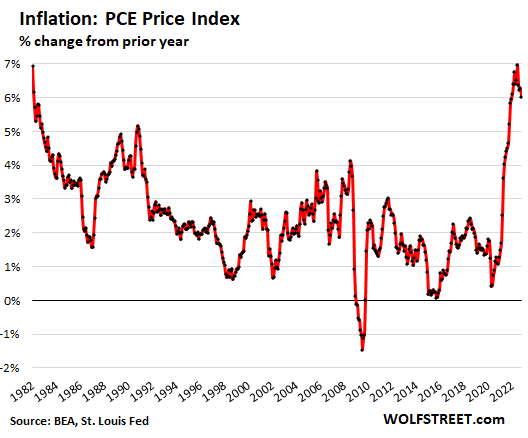 In his speech yesterday, Powell cited the inflation data (based on Fed staff estimates) that was released by the BEA today, and he included it in his chart yesterday. We’ll revisit that chart now (though I already discussed it yesterday) because it dissects today’s core PCE data, and shows why the hoped-for inflation slow-down is just not happening.

It boils down to this: the red-hot inflation in core goods that we saw in 2021 and earlier in 2022 has been backing off as supply chain constraints are being resolved. But services inflation has been getting worse, with “housing services” inflation continuing to spike and inflation in “core services less housing” once again on the upswing. 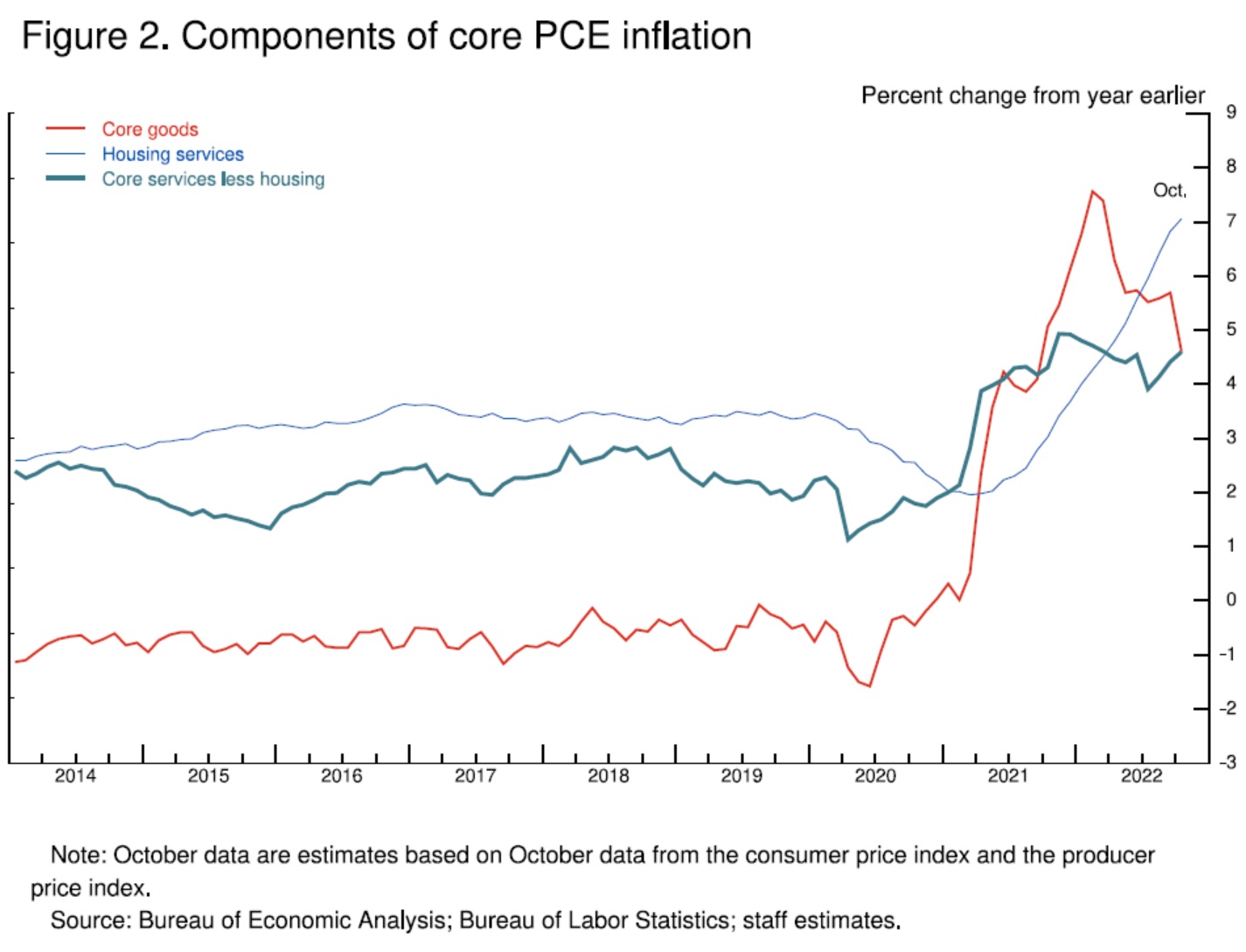