If it continues, “we expect to see an even greater cooling of the housing market than previously forecast”: Fannie Mae.

We just knew this would be coming, given the sky-high home prices and the spike in mortgage rates: Homebuyer sentiment deteriorated further to a new low.

The percentage of people who said that now is a “bad time to buy” a home jumped to 73%, another record-worst in the data going back to 2010, according to Fannie Mae’s National Housing Survey for March, released today. Sentiment started to deteriorate sharply in February 2021.

“If consumer pessimism toward homebuying conditions continues and the recent mortgage rate increases are sustained, then we expect to see an even greater cooling of the housing market than previously forecast,” Fannie Mae said in the report. 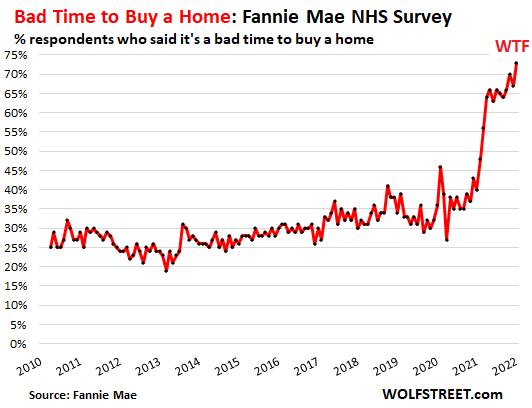 The percentage of people who said that now is a “good time to buy” a home plunged to a record low of 24%. 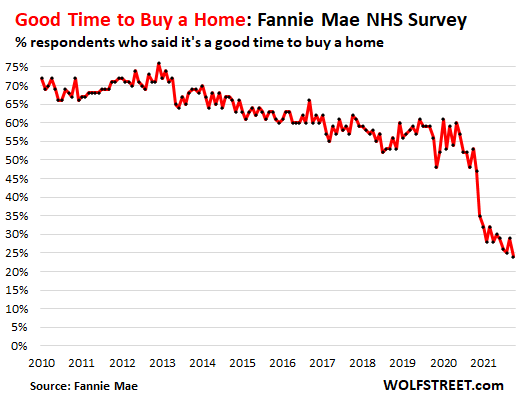 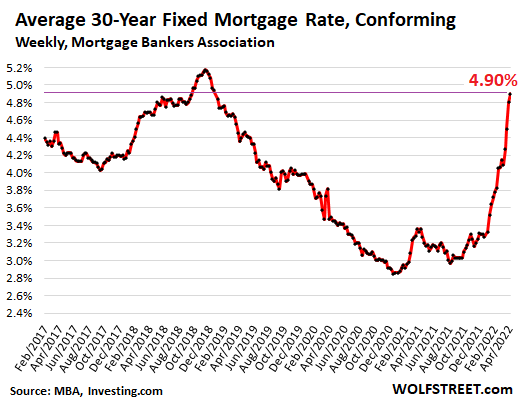 Economy is on the wrong track, bigly: Inflation?

“This month, we also saw a survey-high share of consumers expecting their financial situations to worsen over the next year; this was especially true among current homeowners,” the report said.

Inflation, which is souring consumers’ mood all around, may have something to do with it: The percentage of consumers who said that the economy is on the wrong track jumped 5 percentage points to 73%, according to the Fannie Mae survey, up from 51% in March last year. The surge of the wrong-trackers started in May as consumers became aware of their nasty new companion in daily life: the worst inflation many people have ever experienced as adults.

The percentage of people who said that the economy was on the right track fell 3 percentage points to 21%.

“These concerns, together with the run-up in mortgage rates since the end of 2021, will likely diminish mortgage demand from move-up buyers – and fewer move-up buyers mean fewer available entry-level homes, adding to the rising-rate challenges for potential first-time homebuyers,” the report said.

But it’s a superb time to sell a home.

Given the sky-high prices and the still very low supply, and the ease with which a house can still be sold without jumping through all kinds of hoops, the percentage of people who said that now is a “good time to sell” rose to 74%, in the same record-lofty range since June last year. So… Just do it! Put it on the market… before everyone else does. 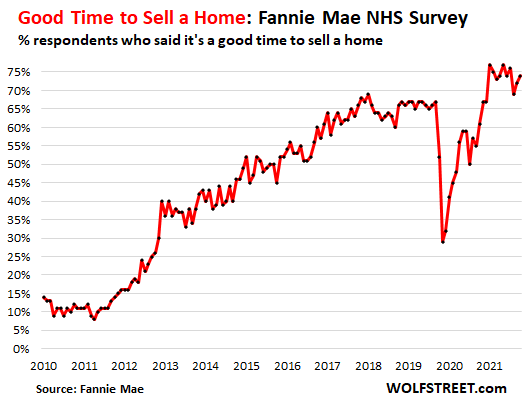