Jobs not galore. And the target keeps moving.

In percentage terms, employment in October at these establishments was still down 6.1% from a year ago. While this is a big improvement from the 13.4% plunge in April, it remains the steepest year-over-year drop in employment prior to the Pandemic since 1945: 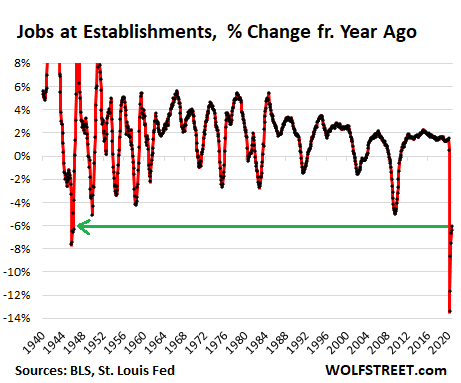 I’m going to ignore the official “labor force” metric here because it is based on surveys of households, and if the respondents answer the questions in a specific way, they get surgically removed from the “labor force” though they still exist and would still work. You can see this as the labor force was down by 4 million people in October from February. These 4 million people still exist and would still work, but they answered in a specific way and got erased from the labor force.

But wait… In the three years before the Pandemic, these establishments increased their staff at an average rate of about 177,000 employees per month. It was enough to absorb the growth in the working-age population that was interested in a job (not the official “labor force”).

And that growth in the working age population that would work has most likely continued at a similar rate during the eight months of the Pandemic as it had before the Pandemic. And the labor market will have to absorb them. 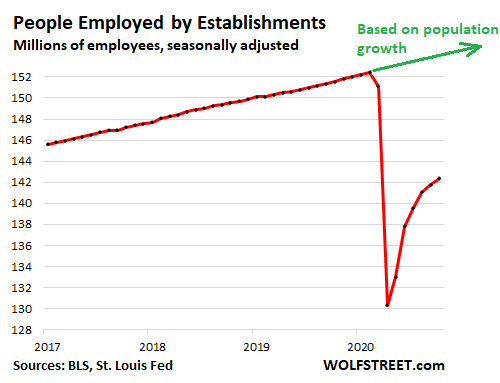 And this forms a pattern in the recovery that is being duplicated in many other data sets: After the initial plunge came the bounce, and the recovery continues but at a slowing pace and remains still very far from where activity levels had been. This can be seen in the two charts below: first jobs, and second a broad index of activity. Though the charts are very different, the slopes of their lines are very similar.

In October, the employment levels at establishments was still down 6.9% from January. Note the slowing recovery that is by a wide and historic margin below the January level: 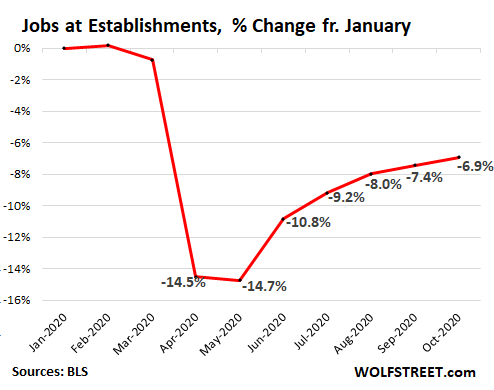 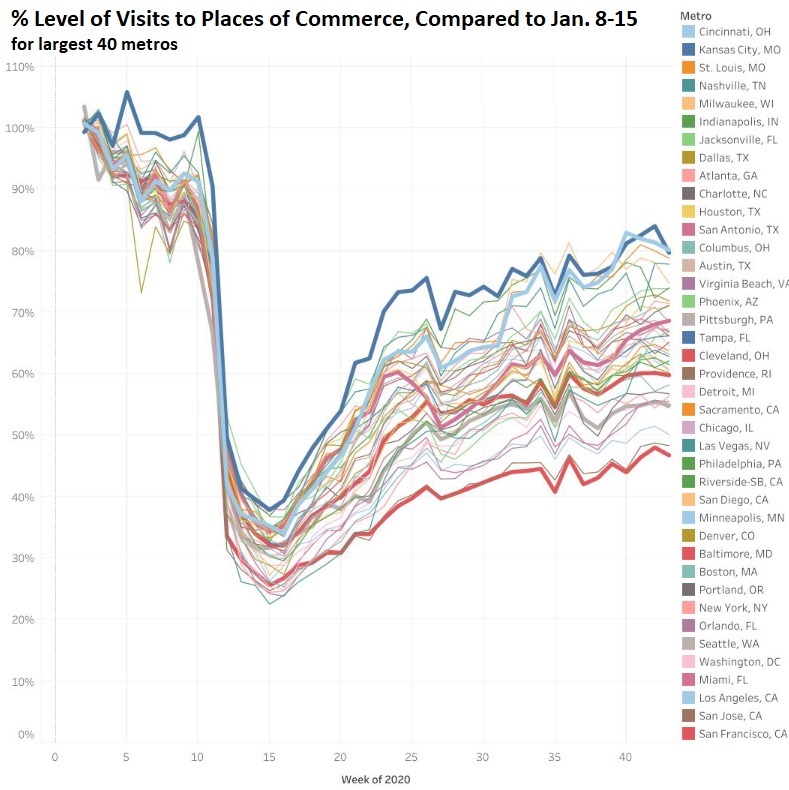 There are some aspects of this weirdest economy ever that are rocking and rolling, particularly retail sales, and particularly of durable goods that have spiked to record highs, triggering a boom in imports, in port activity, and in the transportation sector, amid rumors of capacity shortages ahead of the holidays, even as consumers themselves are super-gloomy about holiday spending. But retail is only a relatively small corner of the economy, and is not enough to make up for the still dismal performance of the other sectors.