For the 9 counties, the median price in June dropped back to June 2017 levels.

Today we got the final numbers from the California Association of Realtors (CAR) about the status of the housing bubble in the nine-county San Francisco Bay Area, which includes some of the most expensive sub-markets in the US, such as the most expensive zip code in the US, plus the Wine Country (Napa and Sonoma), Silicon Valley (Santa Clara and San Mateo), San Francisco itself, beautiful Marin just across the Golden Gate Bridge from San Francisco, the East Bay (Alameda and Contra Costa), and Solano County, toward Sacramento. 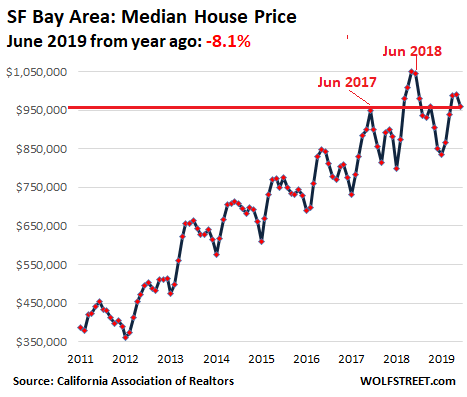 Sales volume of houses in the SF Bay Area fell 9% in June compared to a year ago. If June was the seasonal peak in prices, the housing market might face an iffy summer and winter as potential sellers are apparently running out of willing and able buyers at these prices.

The Wine Country first, to get us in the mood.

Last summer I stuck my neck out to describe the end of the housing bubble in Sonoma County in practically real time, and it has progressed nicely. In June, the median house price fell 6% year-over-year to $662,500: 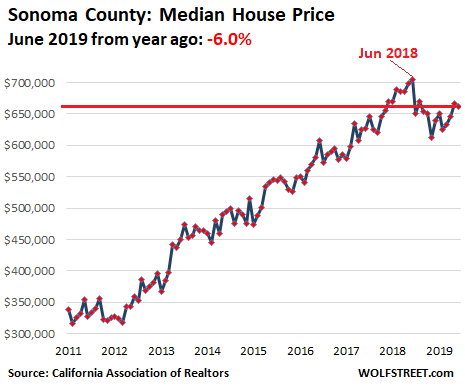 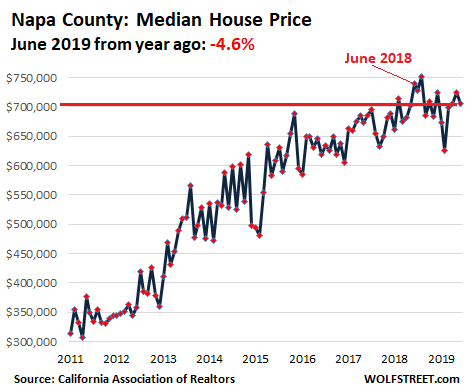 Silicon Valley next, because…

In Santa Clara county, the southern part of Silicon Valley and the most populous county of the Bay Area, the median house price in June fell 3.6% year-over-year, to $1.35 million, and is down 7.2% from the peak in April last year: 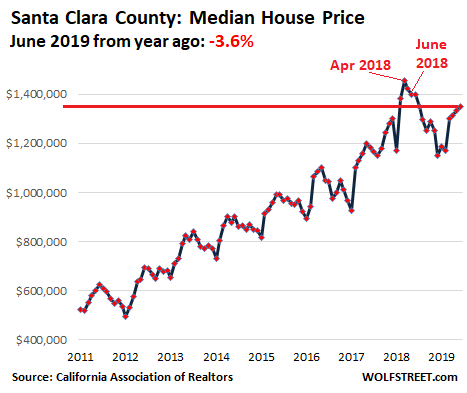 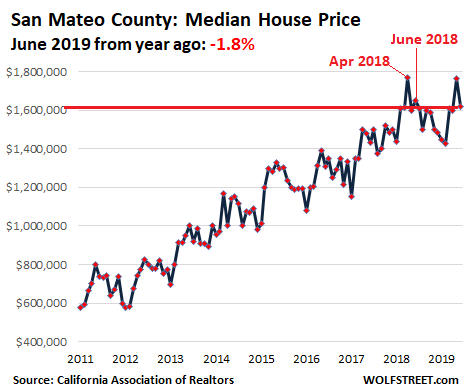 Then spring buying season kicked in, and in June, the median price reached $1.76 million, up 8.8% from June last year, but up only 1.7% from the prior record in February 2018. This was the only county of the nine Bay Area counties with a year-over-year price gain. And, well, sales volume in June plunged 21% year-over-year. 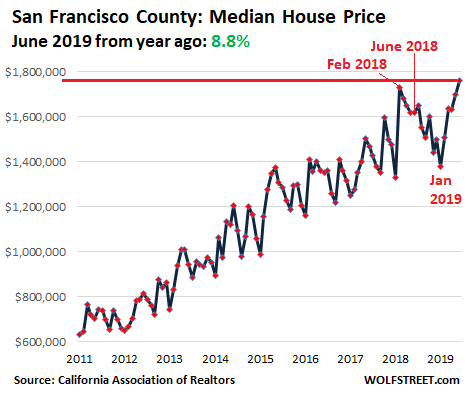 Marin County is famous for Sausalito, Mount Tam, National Monument Muir Woods, and its Pacific Coast among other places. So it’s not exactly a focal point of modern industry and it doesn’t have a lot of high-paying jobs. But it’s only a bridge or a gorgeous ferry-ride away from San Francisco, and so it serves as bedroom community for San Francisco and other parts of the Bay Area and ranks among the most expensive places in the Bay Area. The median house price in June fell 3.2% to $1.37 million. This is on par with February 2018 and down 5.5% from the peak last October: 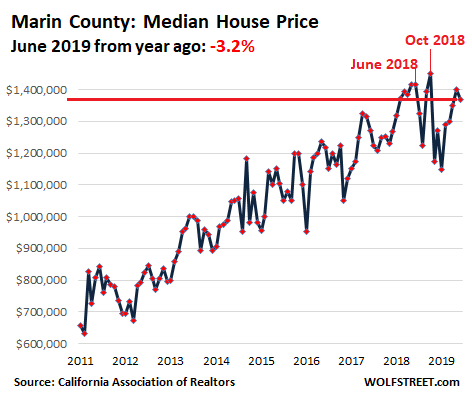 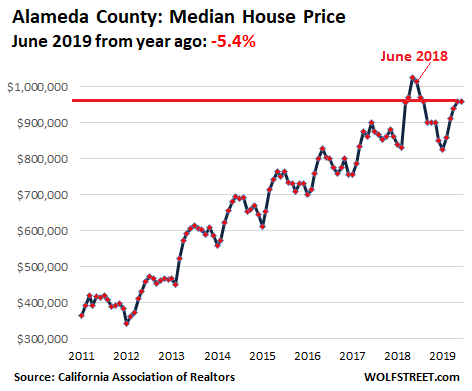 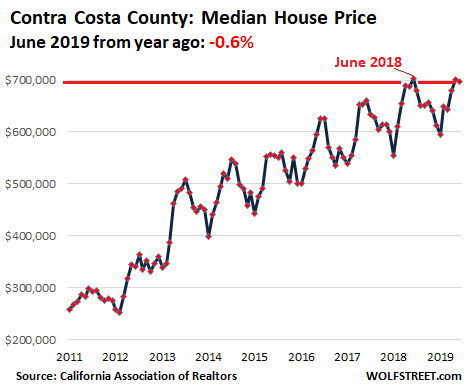 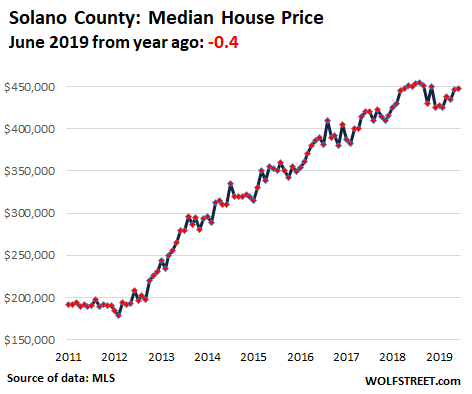