But other construction segments are hot.

Residential construction is starting to make folks nervous. Total residential construction spending – 99% is “private” rather than “public” spending – dropped 8.4% from a year ago, the sixth month in a row of year-over-year declines, to a seasonally adjusted annual rate of $507 billion, according to the Census Bureau this morning. This was down 11% from the peak in April 2018, and the lowest annual rate since December 2016. 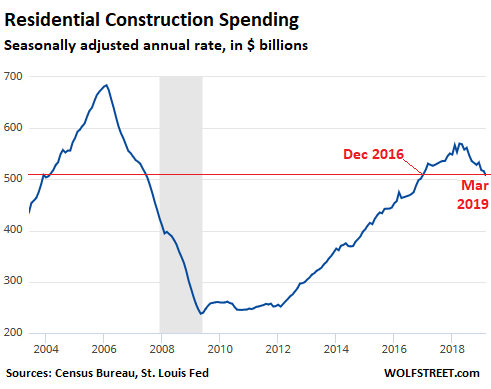 Construction spending is a major factor in the US economy with big local consequences, including well-paid jobs whose economic benefits ricochet to local businesses from car dealers to sandwich shops. 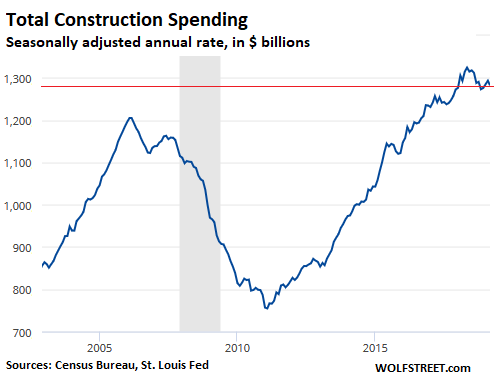 Annual rate means that at this pace, construction spending for the whole year would total $1.28 trillion. 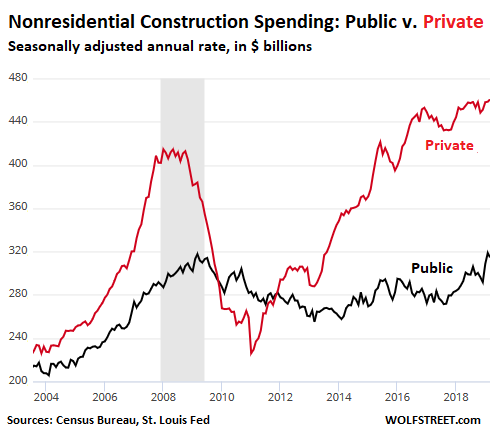 During the Great Recession, private nonresidential construction spending collapsed by over 40% in a short period of time, from an annual rate of $420 billion to $240 billion. Public construction rose until March 2009, and then as states and municipalities got squeezed by the budgetary effects of the Great Recession, with California famously running out of money and having to pay bills with IOUs for the second time in its history, projects got trimmed back or cancelled, and public construction spending began to decline. 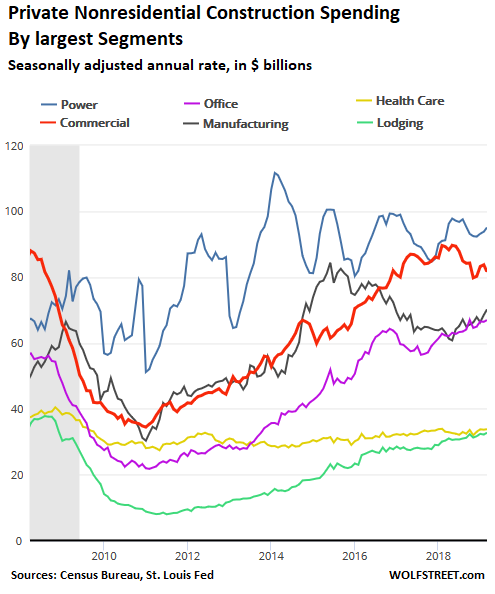 Construction of manufacturing facilities (black line) grew strongly starting in 2011, peaked and turned around in mid-2015 when the oil bust hit equipment and supplies manufactures and when truck makers were hit by the transportation recession. It bottomed out in May 2018, and has since started to recover.