The price of Dutch front-month TTF Natural Gas Futures – a benchmark for northwest Europe – plunged 15% today to €54.85 per megawatt-hour (MWh), and has now collapsed by 84% from the crazy spike in the summer of 2022. The price is now back where it had first been in early September 2021 (data via Investing.com): 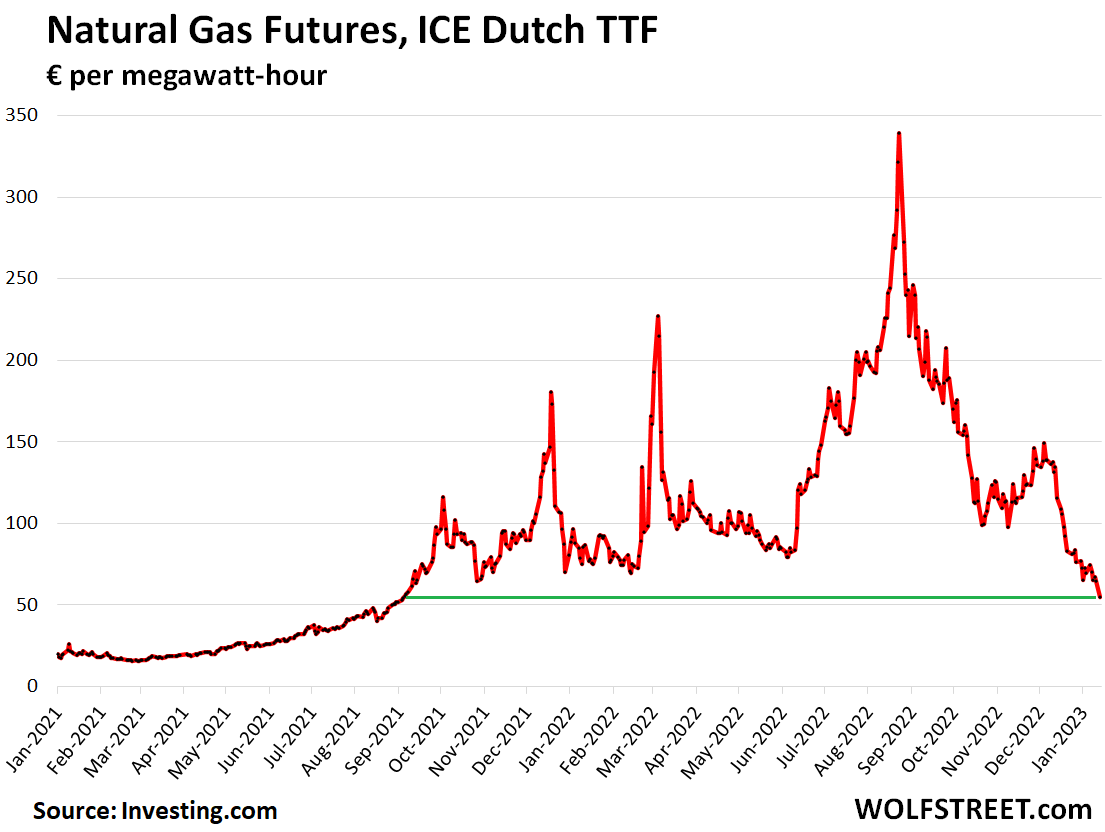 What spooked the European natural gas market today into the 15% sell-off were reports that Chinese importers of LNG were trying to divert February and March LNG shipments from China to Europe, as they were sitting on large stockpiles of LNG amid dropping prices in China.

There had been fears that the reopening of China’s economy would put further strain on the global LNG markets. Or was that just hype all over again?

In 2022 and into 2023, several factors came together to avert what had been seen as a potentially dreadful energy crisis:

All of this worked together to reduce demand for natural gas and increase supply to replace pipeline natural gas from Russia.

Natural gas storage facilities in Europe are in exceptionally good shape for this time of the year. In the European Union overall, storage facilities were 81.7% full on January 14, according to GIE (Gas Infrastructure Europe). This is how the 916 terawatt-hours (TWh) of natural gas in storage on January 14, compares to the levels at the same time of the year in prior years:

Storage levels differed by countries, but all of them were in great shape, particularly in Germany, which has managed to actually increase its storage levels over the past few weeks during a period (winter) that would normally be the withdrawal period. As of January 14, per GIE:

In terms of LNG pricing, the pressure has come off too. The price of the Japan Korea Marker (JKM) futures contract, at $26.80 per million Btu has plunged 62% from the crazy peak on August 31, 2022 (data via Investing.com): 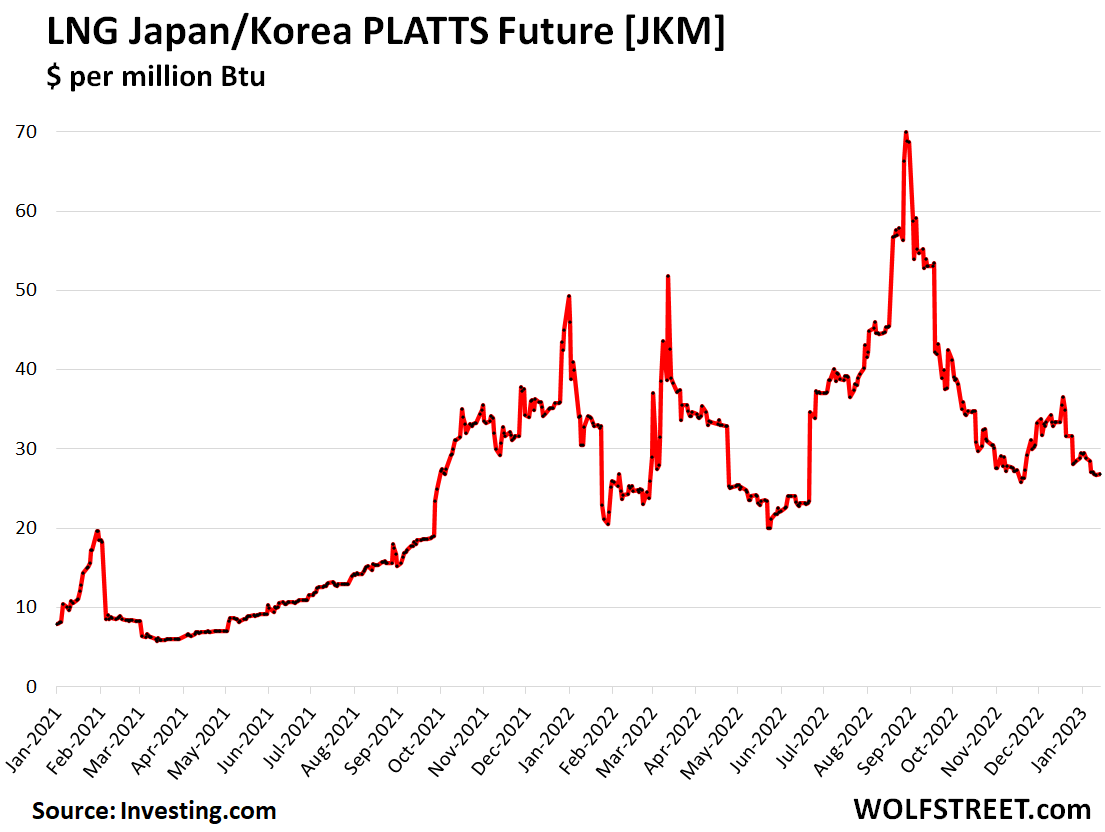 87 comments for “Natural Gas Futures in Europe Plunge 15% Today, Down 84% from Crazy Spike”