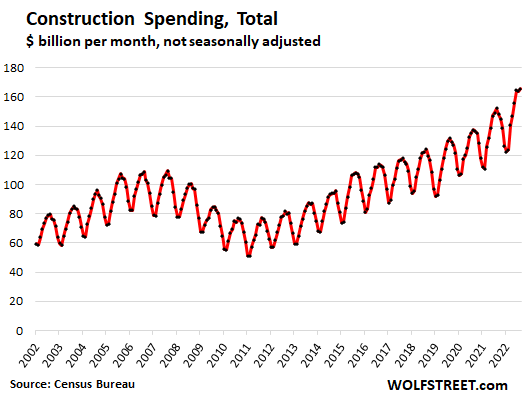 Residential construction – single-family houses and multifamily buildings, plus improvements to residential structures – remained unchanged in August from July, at $86.1 billion. 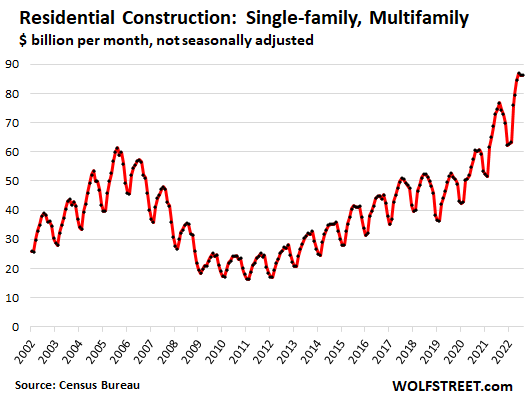 But in the multifamily construction segment, the seasonally adjusted annual rate of spending ticked up in August and has been roughly stable at very high levels for the past five months. 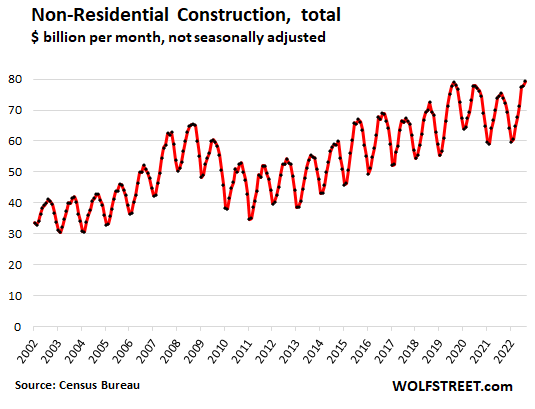 Office construction – a small portion of non-residential construction – also ticked up for the month. But this sector has been languishing ever since work-from-home became the big thing in mid-2020, causing vast amounts of vacant office space to show up on the market across the US. It remains unclear why anyone would now plan another office tower, with this kind of office glut all around, but current construction spending largely reflects projects that were planned years ago.

At $7.5 billion in August, spending on office construction was down 0.8% from August 2021, and down 9.4% from the peak in August 2019. This segment will continue to hobble lower as the industry figures out how to approach the new environment for offices: 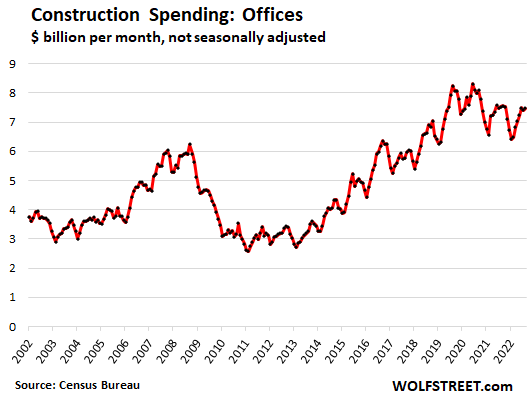