How often do we get a Bear Market after a strong bull market plunges to the 200-day moving average?

By Wisdom Seeker, WolfStreet Commenter with a physical sciences Ph.D., living in the San Francisco Bay Area, employed and anxious about his retirement portfolio.

Hibernating Bear:  The Wild Bull’s manic-depressive “dark side”, which often awakens when the market falls below its 200-day moving average.

Since mid-2020 the S&P500 index of large US stocks has been a Wild Bull, raging up over 40% in just 18 months.  But as Wolf reported yesterday, over the past 3 weeks the Wild Bull stumbled badly. The figure below shows the 18 months up to yesterday, when the S&P fell to its trailing 200-day “moving average”, a common measure of market health.  Such stumbles are both rare and frightening, since trillions of dollars in digital wealth evaporate in only a few weeks. 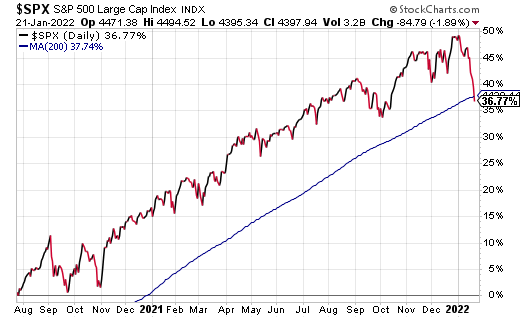 Worse, a drop below that 200-day moving average often reflects stark changes in market behavior – Hibernating Bear awakening – with potential for a long & deep bear market as in 2000-2003 or 2007-2009.

So when the Wild Bull stumbled into the Hibernating Bear’s cave yesterday, I wondered: Historically, how often does a Wild Bull awaken a Bear market?

S&P500 data since 1980 shows several Wild Bull episodes where the market was up over 30% in 18 months (more or less). Like yesterday, many of those episodes end with the Wild Bull stumbling and hitting (more or less) that 200-day moving average.  What happened next?

The graphs below show examples of the 4 basic outcomes:

Scenario #1) The Bull Carries On. 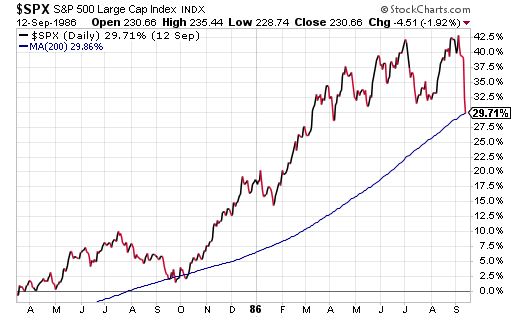 But the Raging Bull of ’86 didn’t awaken a Hibernating Bear.  The figure below shows how the bull bounced up along the 200-day average and then took off again. (This led to 1987 – more on that event in a moment.) 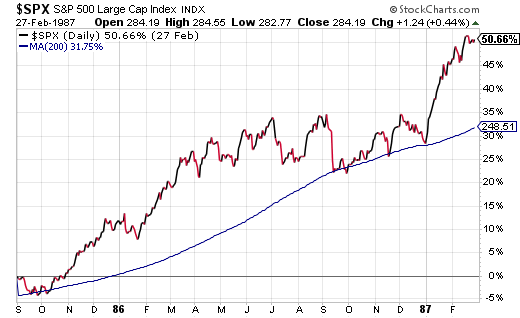 Scenario #2) The Bull Wins a Long and Turbulent Debate. 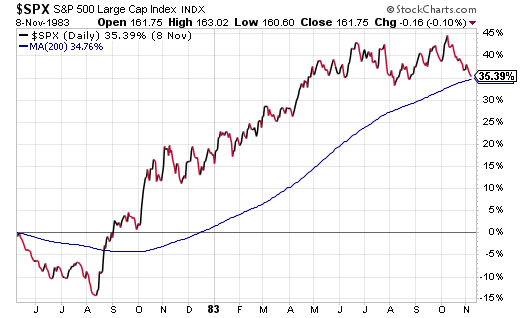 That led to an extended bull-bear market battle on either side of the 200-day average through most of 1983-1984, as shown below. 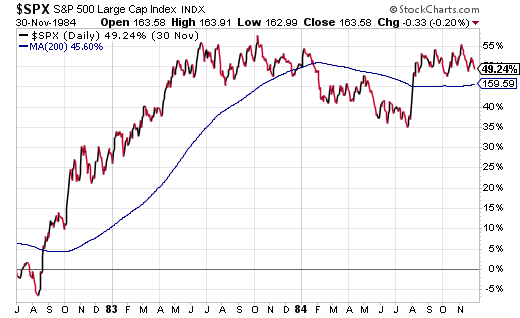 Scenario #3) The Bear Wins A Long and Turbulent Debate 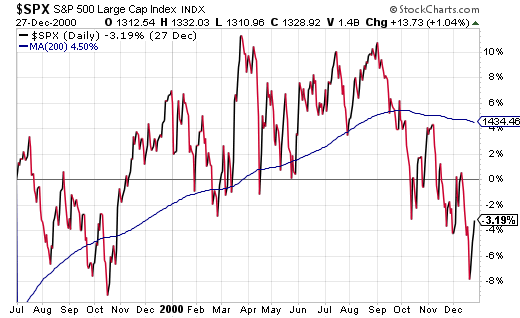 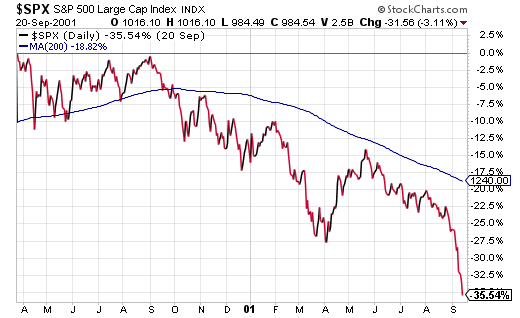 (There was a similar bull-bear battle at the peaking of Housing Bubble in 2007-2008, but the market advance in 2006-2007 was more gradual and didn’t qualify as a Wild Bull for this study.)

The COVID crash in March 2020 is fresh in our minds. But there was another Slaughter of the Bull that not everyone remembers so well: 1987. And the chart from 1987 looks almost like the one for 2021-2022 (first in this article)! 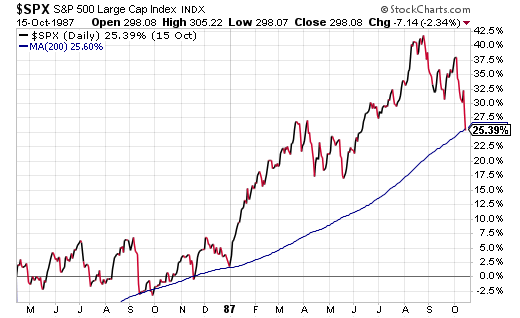 But back in 1987, it was a huge surprise when the Hibernating Bear woke up fast and slaughtered the Wild Bull in just 2 days! 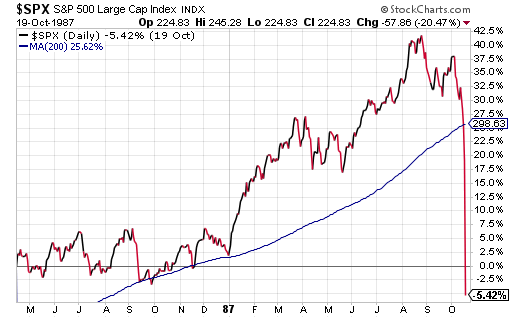 Bottom Line:  The Wild Bull has again stumbled on a Hibernating Bear.  The Bear could wake up, and it could wake up fast. Today’s markets have circuit breakers and other protections to arrest a crash, but as we saw in 2020 the market can still plunge over 30% in just a few weeks. Or the market could rally onward – employment is strong, credit is still abundant, COVID is on the wane – who really knows?  But when the market stumbles down to the 200-day average, there’s more risk out there: Beware of Bear! By WisdomSeeker.