From crisis to crisis, and even when there’s no crisis.

The Fed continued to add to its heap of Treasury securities at a steady rate, thereby monetizing that portion of the US government debt. It also added to its pile of Mortgage Backed Securities (MBS). But five of its SPVs (Special Purpose Vehicles), designed to bail out the corporate credit market, expired and are on ice. Its repo positions were unwound at the end of June and remain at zero. Its foreign central bank liquidity swaps, designed to provide dollars to other central banks, have matured and fallen out of use except with the Swiss National Bank.

In total, the assets on the Fed’s weekly balance sheet through Wednesday February 24 rose to a new record of $7.59 trillion.

This is a mind-boggling amount of QE designed to repress long-term Treasury yields and mortgage rates – which have nevertheless been surging and sending the crybabies on Wall Street squealing for more QE: 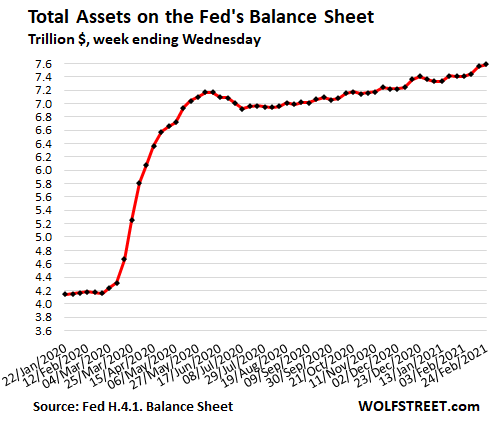 For your amusement, here’s the long-term view of how far the Fed has pushed it strategy to bail out and enrich the asset holders, treating the biggest asset holders to the biggest enrichment and creating in the shortest time span the largest wealth disparity ever, crisis or no crisis: 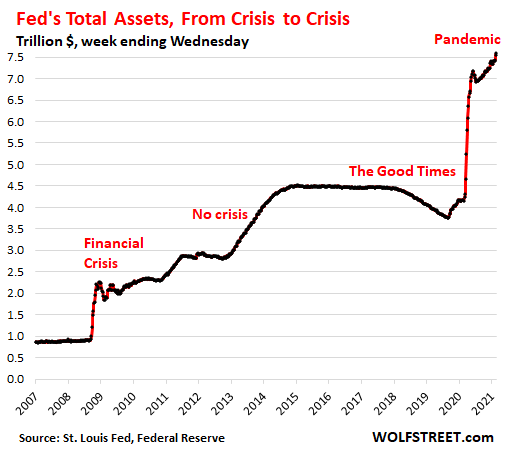 The Fed has been adding around $84 billion a month in Treasury securities since the huge binge in the spring. Since the beginning of March, its holdings have nearly doubled, ballooning by $2.34 trillion to $4.84 trillion: 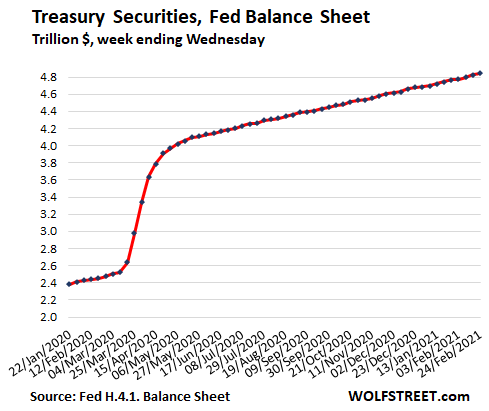 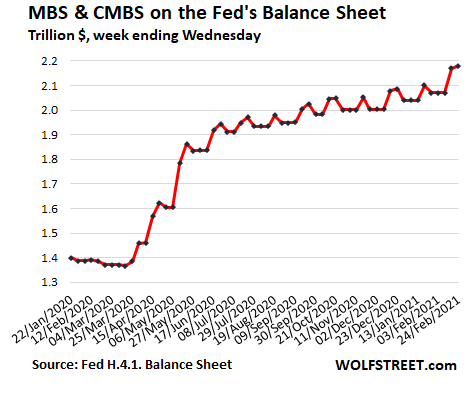 The Fed continues to offer repos but has raised the rates to where there are better deals out there, and no one is taking up the Fed’s offers: 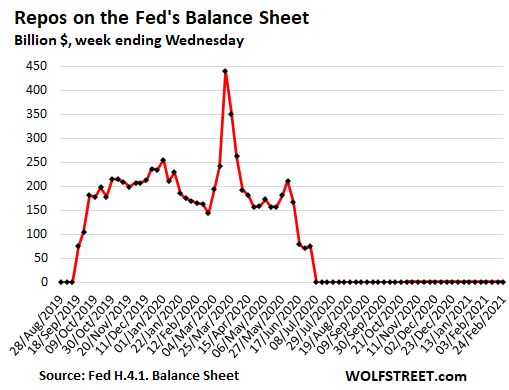 The Fed offers dollars to a select group of 14 other central banks via its “central bank liquidity swaps,” in exchange for their currency. Nearly all of those swaps have matured and were unwound. Only $6.8 billion were still outstanding, over half of it with the tiny Swiss National Bank: 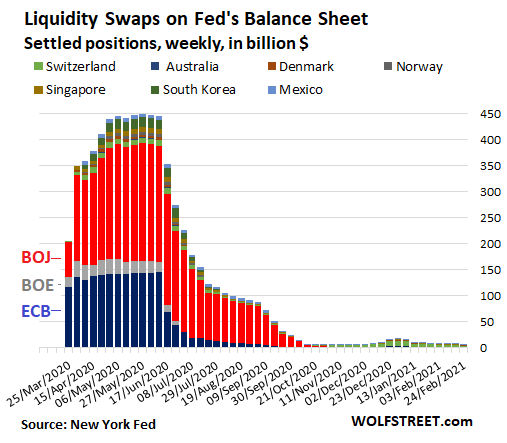 Special Purpose Vehicles (SPVs) are legal entities (LLCs) that the Fed set up and owns as a way for it to buy assets that it is not allowed to buy otherwise. Equity funding is provided by the Treasury Department, which would take the first loss on those assets. The Fed lends to the SPVs, and shows these loans and the equity funding from the Treasury in these SPV accounts.

On December 31, five of the SPVs expired – PMCCF, CCF, MLF, MSLP, and TALF – and they’re now on ice. This shut down the corporate bond buying program entirely. But the Fed had already stopped buying corporate bond ETFs in July and was only buying a smattering of corporate bonds anyway. Total amounts of the SPVs combined remain at about $140 billion, $52 billion of which are PPP loans that the Fed bought from the banks: 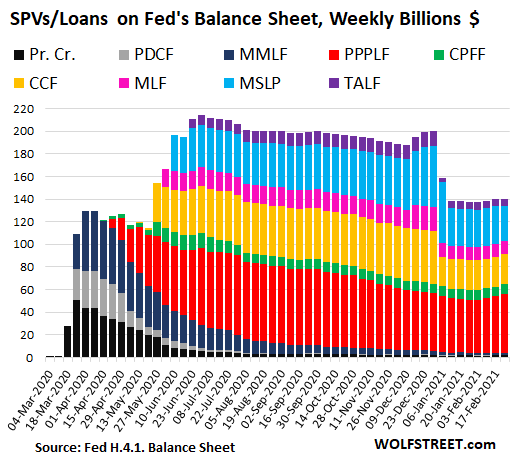 Despite massive Treasury purchases by the Fed, the 10-Year Treasury yield spiked to 1.52%:

Creating ominous rumblings in highly leveraged hedge fund circles, the 10-year yield spiked on Thursday to 1.52%, the highest in a little over a year, and nearly tripling from August, despite the Fed’s massive QE. Wall Street is not amused: 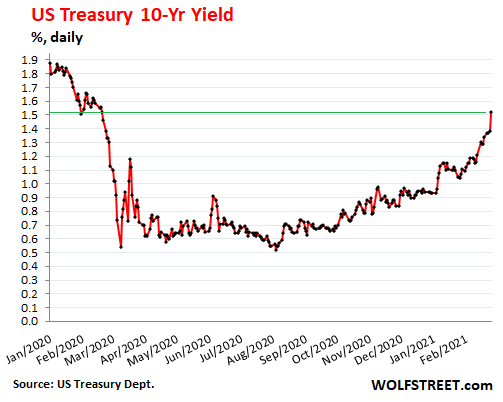