Only Treasury securities and mortgage-backed securities (MBS) are still active.

The Fed has now reduced to zero or to near-zero or essentially mothballed and thrown the towel in on three of its five QE and bailout strategies: repos, dollar liquidity swap lines, and special purpose vehicles (SPVs). It has maintained its activity in Treasury securities and mortgage backed securities (MBS).

Total assets on the Fed’s balance sheet for the week ended October 21, released this afternoon, rose by $26 billion from the prior week, to $7.177 trillion, for the first time edging past the June 10 high of $7.168 trillion: 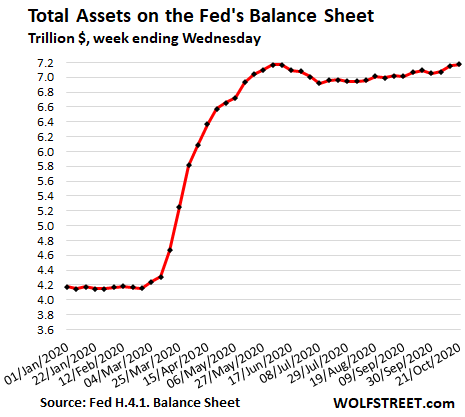 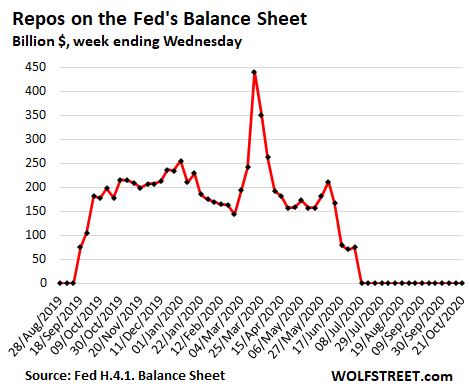 The Fed’s “dollar liquidity swap lines” by which it provided dollars to a select group of other central banks, fell out of use and are down to just $7.6 billion, a mere rounding error on the Fed’s $7 trillion balance sheet, from a peak of $448 billion in early May: 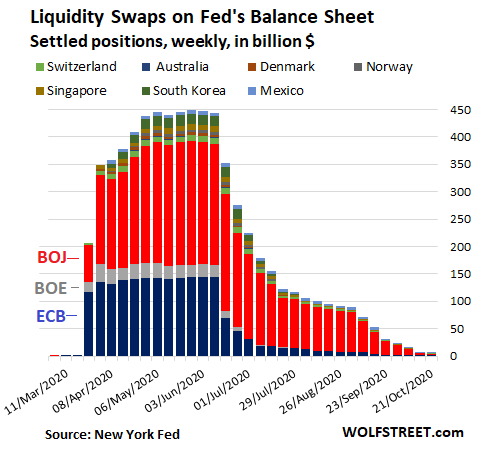 Even the SPV that holds corporate bonds and bond ETFs (Corporate Credit Facilities or CCF) has been mothballed. The Fed bought its last ETF in July and only added minuscule amounts of bonds in August and September. At the end of September, the balance of ETFs and bonds was $12.9 billion, practically unchanged. The rest of the $45.4 billion in the SPV is unused equity capital from the Treasury and interest earned from the bonds. There are the SPVs: 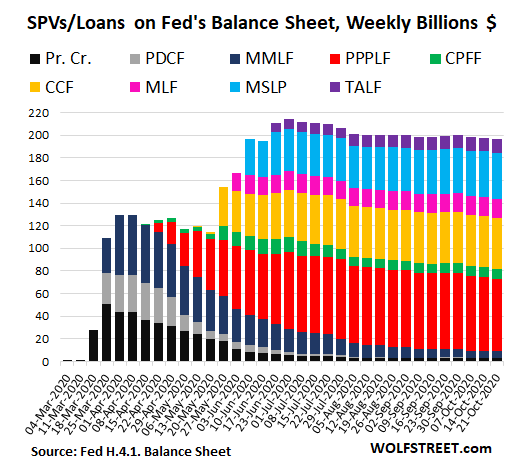 MBS, after rising in the prior week, unchanged this week, $2.05 trillion.

The Fed and all holders of MBS receive pass-through principal payments when the underlying mortgages are paid off, such as during the current refinance boom. In addition, the MBS that the Fed buys take two to three months to settle, which is when the Fed books the trades. These two go in opposite directions, the first pushing down the Fed’s MBS balance, the second pushing up the MBS balance. And the timing is always off. Hence the erratic line: 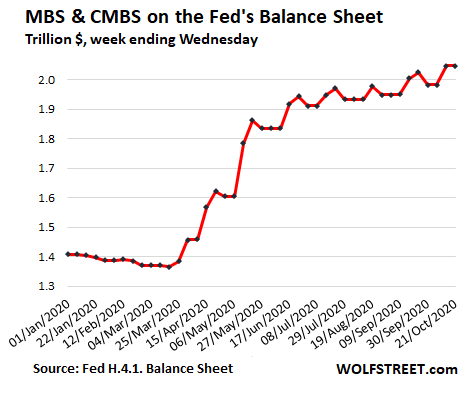 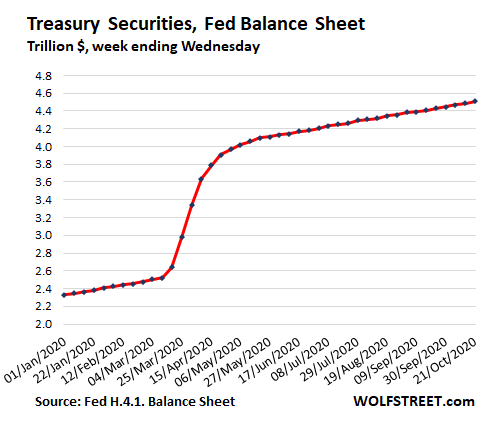 And for your amusement, the Fed’s total assets since 2007, before all this craziness started: 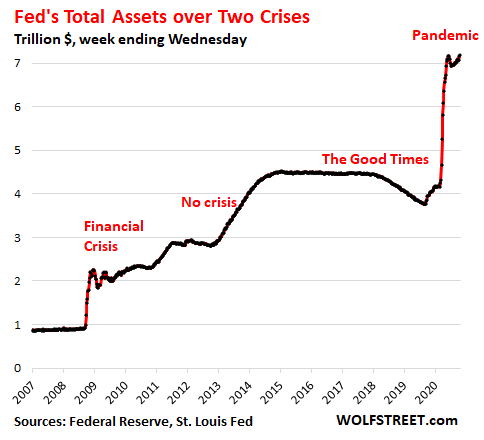 Under the effects of the Pandemic, consumers and businesses have begun grappling with their own “Reset,” and it has caused all kinds of shifts and new ways, and some of this could be, for the optimists among us, a good thing. Read…   “Creative Destruction” or Just “Destruction?”