Long way to go, after 6 months of Pandemic.

The US economy is completing the sixth month of the Pandemic. So how is the recovery going, as seen by the near-real-time indicators that have sprung up as a result of the Pandemic? The raw unadjusted data of these indicators compare daily or weekly data this year to how it was just before the Pandemic, or how it was at the same time last year.

Online reservation service OpenTable provides daily data on “seated diners” – how many people actually sit down in restaurants to eat and drink compared to the same weekday in the same week last year – including walk-ins and those who made reservations online or by calling. This data is based on thousands of restaurants in the US that share that information with OpenTable. I used a 7-day moving average to smoothen out the day-to-day fluctuation. The date-mismatch of Labor Day caused the spike in the chart below. Currently, after six months of Pandemic, “seated diners” are still down 49% through September 14, from where they’d been last year at this time: 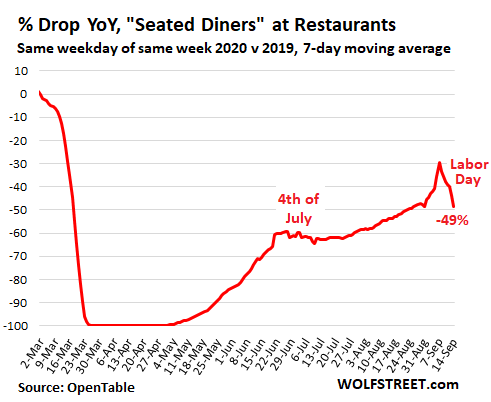 In the chart above, that plunge to -100% (meaning zero seated diners) occurred during the lockdown when sit-down restaurants were closed. Then the recovery took off in its uneven manner, including some backtracking after Independence Day.

According to OpenTable data, about 70% of the restaurants that took reservations before the pandemic are now taking reservations again, up from zero percent in April, and there has not been any improvement over the past three weeks, and not a lot of improvement since early July (chart via OpenTable): 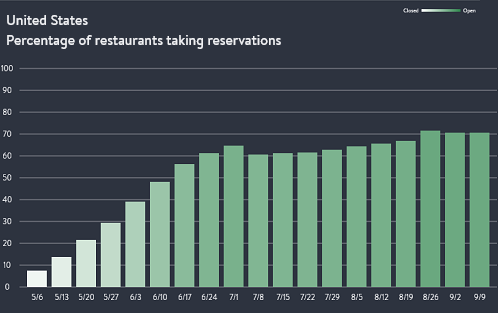 The air passenger count entering the security zones of US airports is still down over 68% (-69.7% on September 14), according to TSA airport screenings. Airport operations, restaurants and shops at airports, airport rental cars, and the rest of the airport ecosystem are on a similar trajectory. Beyond the date-mismatch around Labor Day, demand has improved only slightly since early July: 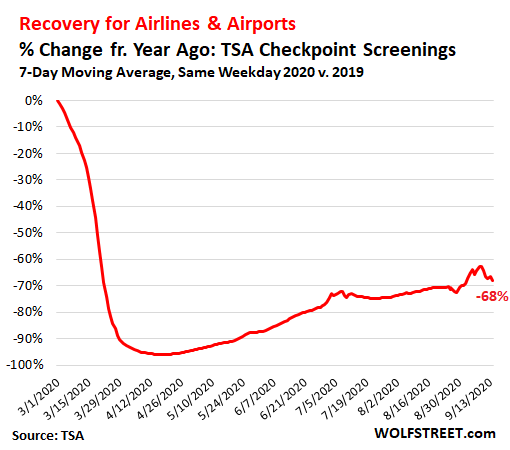 The data from Kastle Systems, provider of access systems for 3,600 buildings and 41,000 businesses in 47 states, represents a large sample of how many people are entering offices each day. Its “10 City Average” of office occupancy is currently at 24.6% of the pre-Pandemic level in early March, and has not significantly improved in over the past few months, meaning it’s still down by 75.4% (the available average data only goes back to June): 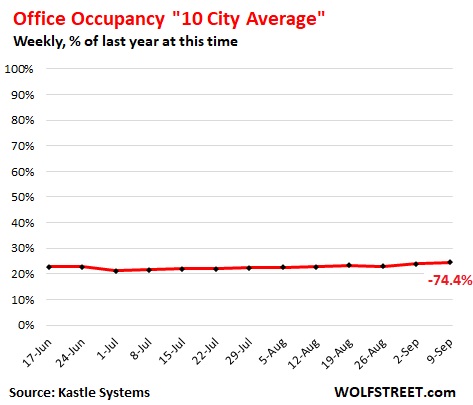 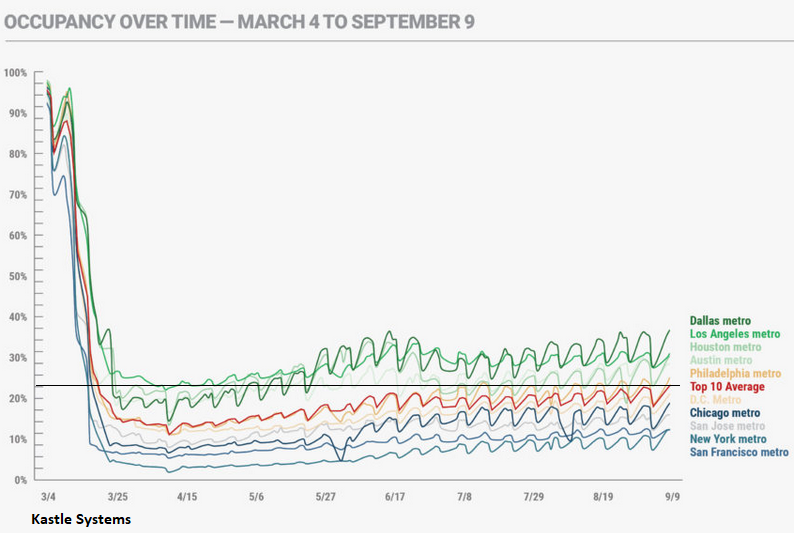 To get a feel for what San Francisco’s office situation looks like visually, here are the haunting photos I took during the morning rush hour of the spookily empty Financial District.

Consumer and worker visits to “Places of Commerce.”

How many people are going to stores, malls, restaurants, hotels, movie theaters, airports, hospitals, other places of commerce, and other points of interest, and to work locations? The AEI’s weekly Foot Traffic Index for 40 metro areas tracks this based on cellphone GPS data from Safegraph.com.

Each line, representing one of the 40 metros, compares foot traffic in the current week to where visits were in the week ended January 15. A value of 100% would mean foot traffic is back to the January “old normal.” 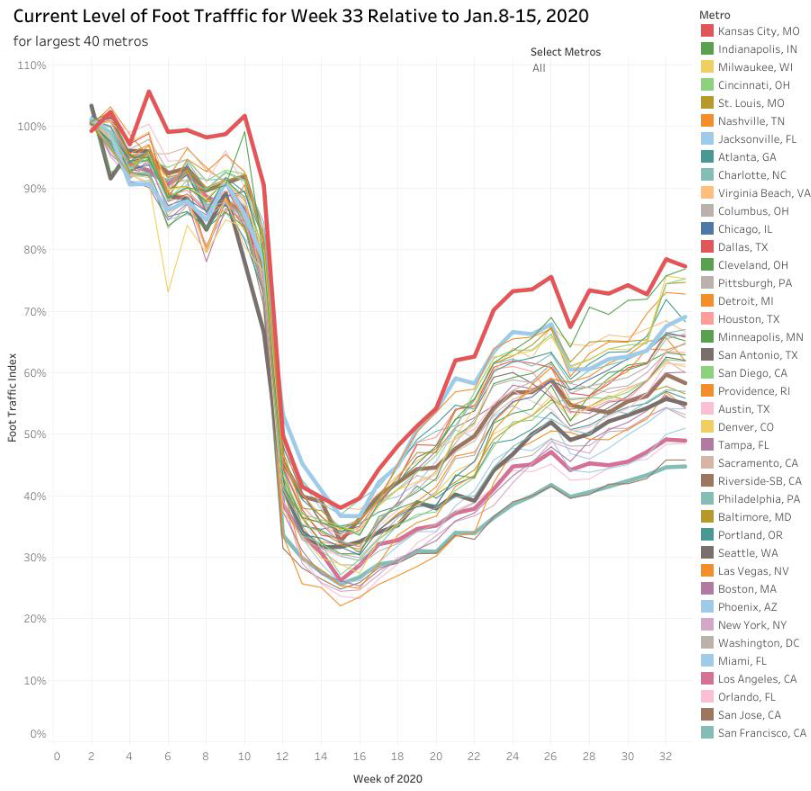 These near-real-time measures don’t track the entire economy, such as manufacturing, oil-and-gas drilling, financial services, insurance, and many other aspects. But the data show that certain physical aspects of the economy – where people are physically going to do business in some manner – are still very far from the “old normal.”