Total assets on the Fed’s balance sheet for the week ended August 19, released this afternoon, rose by $53 billion, to $7.01 trillion, the second week in a row of increases, after two weeks in a row of declines. Total assets are now down by $158 billion from their peak on June 10. 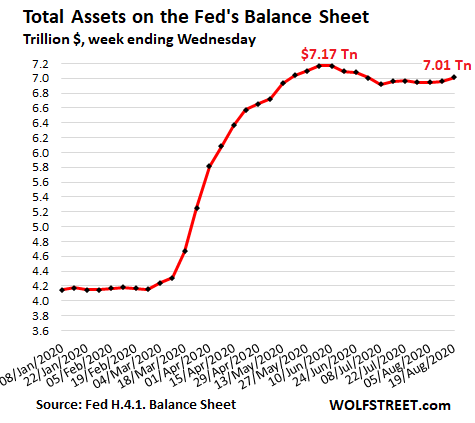 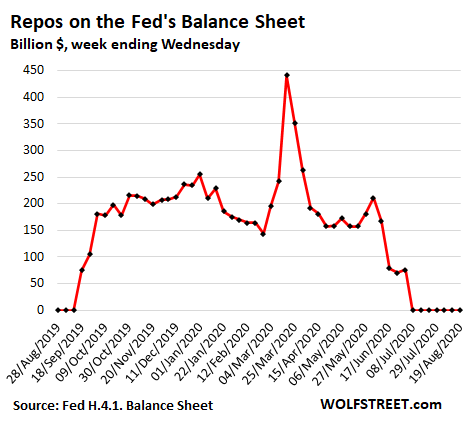 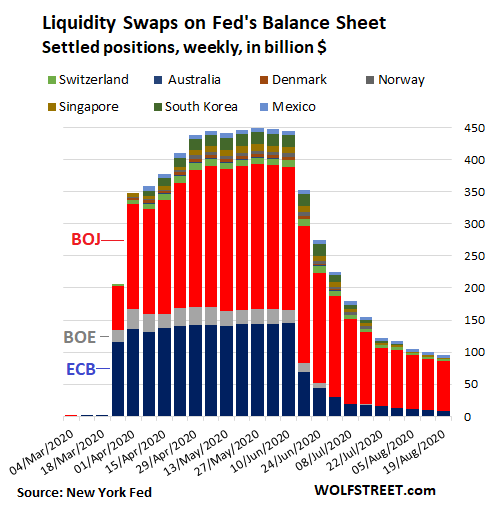 Even the corporate bond & bond ETF SPV is little used.

The CCF contained just $12 billion in bonds and ETFs at the end of July, the Fed disclosed in a separate detailed report. The rest was mostly the unused equity capital from the Treasury.

There are the SPVs:

About one-third of SPV balances are in the PPP loan facility (red), with which the Fed buys PPP loans from banks: 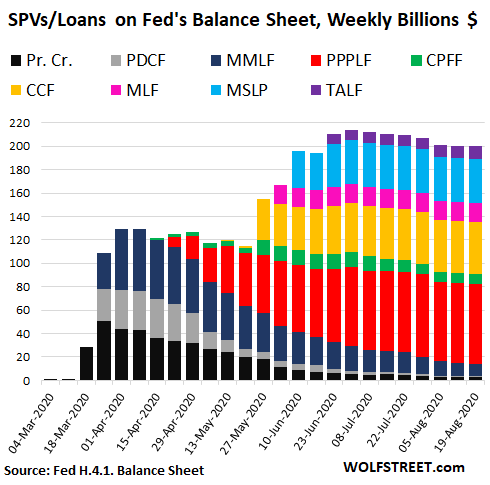 Balances of mortgage-backed securities (MBS) are erratic due to timing issues. Holders of MBS receive pass-through principal payments when mortgages are paid off, such as during the current refinance boom; and it takes 1-3 months for the Fed’s purchases of MBS to settle, which is when the Fed books the trades. These two go in opposite directions, hence the declines and rises: 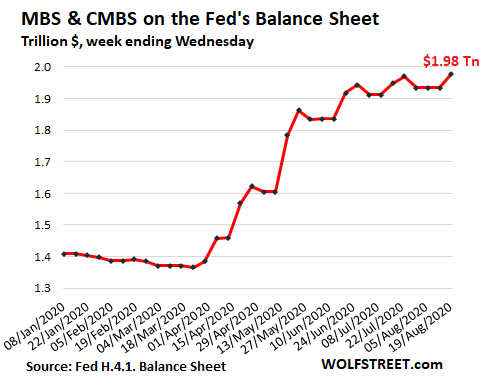 All year, the Fed has increased its Treasury holdings in a range between about $6 billion and $29 billion a week, except for the 10-week period, starting in mid-March and ending in mid-May, when it went hog-wild, buying as much as $362 billion in the week ended April 1. So this – the weekly increases in its holdings of Treasury securities since January 1 – makes for a crazy chart, to document our crazy times: 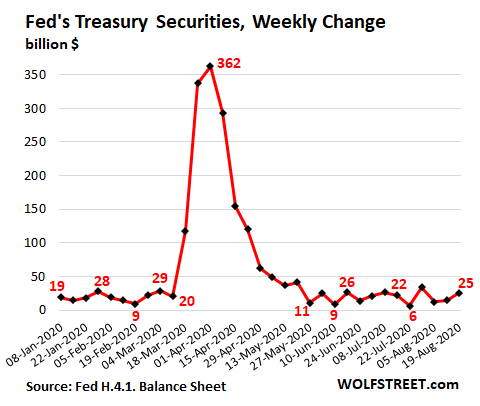 The balance of Treasury securities continues to ease higher at the pre-Pandemic pace, after the mega-burst in March, April, and May: 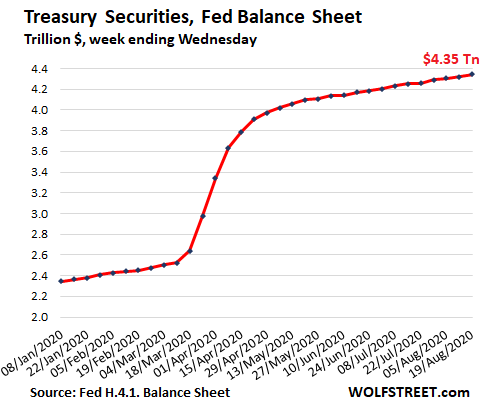 Under the Fed’s asset purchase program, the wealth of America’s 600-plus billionaires ballooned by $434 billion, to $3.4 trillion, while over 30 million people lost their jobs. Read… The Rich Got Richer During the Pandemic, Bailed Out by the Fed. How it Happened and Why That’s Bad for the Economy

68 comments for “The Fed’s Asset Purchases: Week 10 Since Peak-QE”