National sales volumes have been sliding for a few years, but this is like nothing seen in a long time.

By Kaitlin Last, for Better Dwelling:

Canadian real estate sales have dropped to the lowest level in a generation. Canadian Real Estate Association (CREA) data shows sales fell in April. Slower growth was expected going into this month, however not this slow. The volume for the month was the lowest since 1984 – when the population was a third smaller.

Canadian real estate sales slipped to a generational low. There were 16,612 seasonally adjusted sales across CREA in April, down 56.8% from the previous month. Unadjusted sales came in at 20,630 for April, down 57.6% from a year before. Most of the slowdown was obviously due to the pandemic, however not all of it. 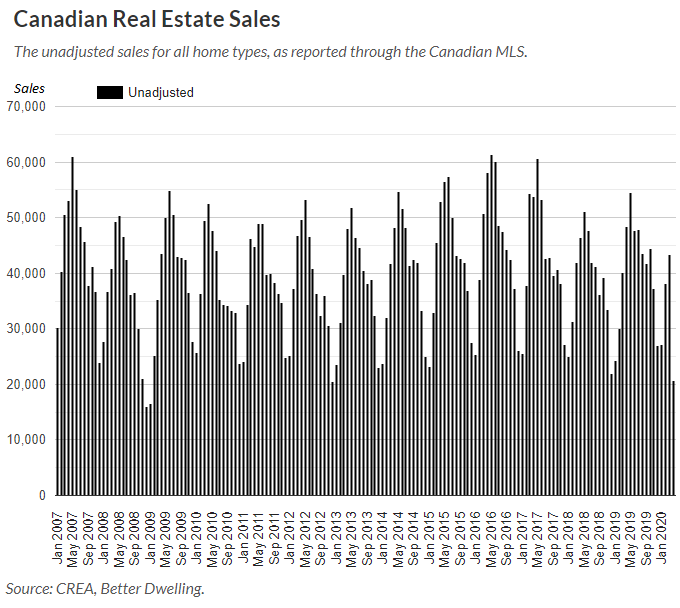 Slower growth was expected before the pandemic, due to the comparison period. The months in the first quarter of this year were being compared to negative growth last year. Comparing it to negative numbers last year, makes the acceleration seem more impressive than it is. Due to the pandemic, the numbers are obviously worse than they would have been under normal circumstances. 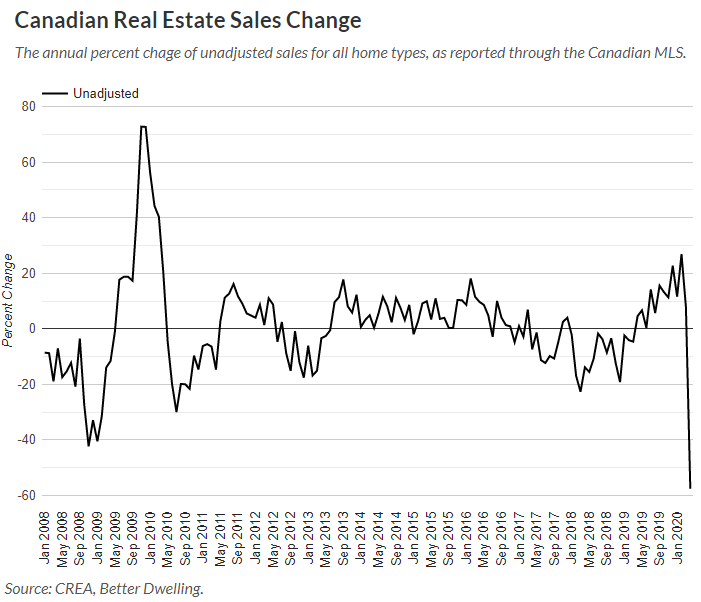 National sales volumes have been sliding for a few years, but this is like nothing seen in a long time. April sales peaked in 2016, and have had trouble challenging that high. Last month was the worst April since 1984. This is easily explainable by the pandemic, but the lack of sales volume still has broader macro market consequences – regardless of the reason. 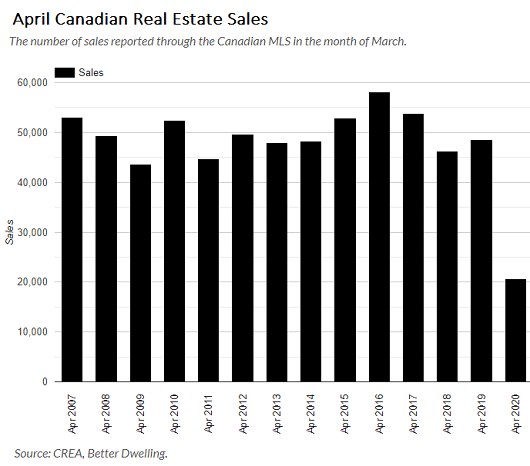 Vancouver Real Estate Was One Of The Least Impacted 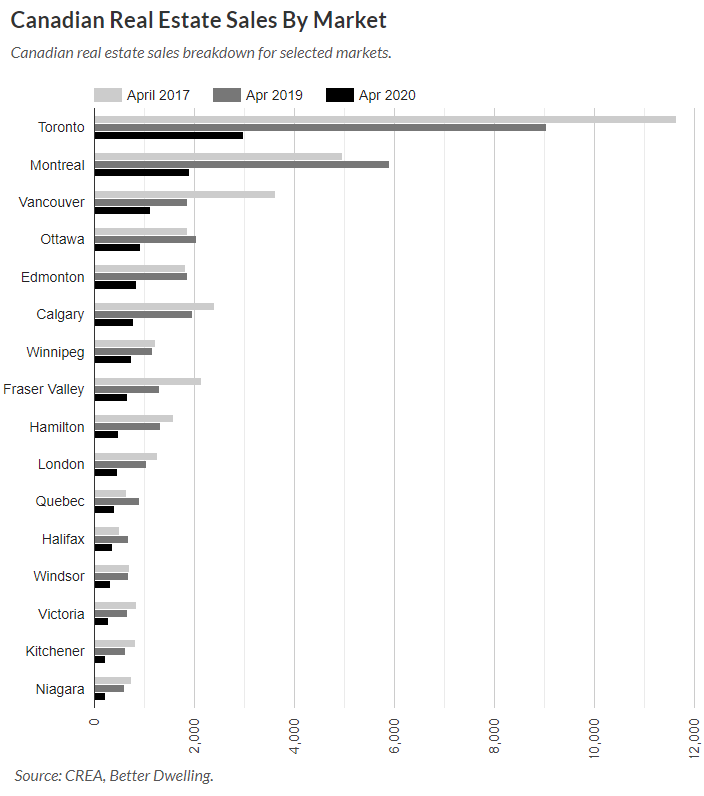 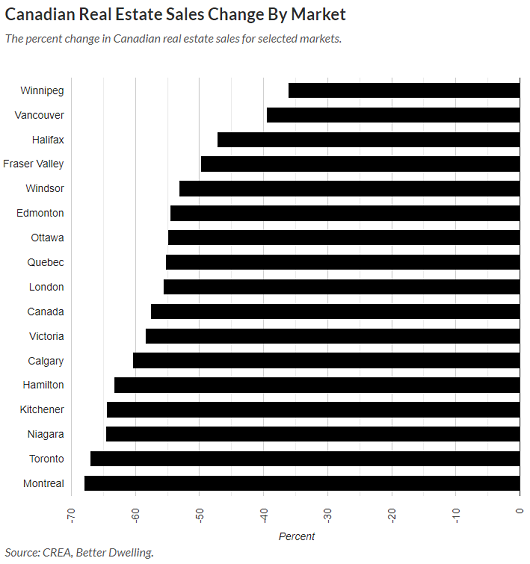 The insights in this month’s numbers aren’t as clear as most analysts claim. Sales are predictably down, due to pandemic measures – that’s obvious. Sales will rise as the pandemic measures are lifted, that’s also obvious. What isn’t clear, is whether the volume can be made up without driving prices lower. The Bank of Canada is forecasting mortgages in arrears will triple over the next few months. They don’t see the arrears rate peak until next year – and this a conservative, anti-fear mongering forecast. If that happens, some buying volume may be delayed as people wait for the air to clear in the market. By Kaitlin Last, for Better Dwelling

“The next big shoe to drop will be when appraisers call a declining market in early August.” Read… “Pent-up Supply” is Building up in the Housing Market: Example of San Francisco Bay Area’s North Bay