How China’s crackdown on debt and capital flight pulls the rug out from under mega-real-estate projects.

After months of rumors and speculation amid apparently failed efforts to secure a short-term loan and find an equity investor, property developer Oceanwide, a division of Chinese conglomerate Oceanwide Holdings Co. Ltd., said that it has stopped construction indefinitely on a 54-story 605-foot tower across from the Salesforce Tower in San Francisco’s Transbay district.

The tower – which was planned to include 156 high-end condos and a Waldorf Astoria hotel – is the shorter of two towers in the same project.

Construction of the taller tower – at 910 feet (when or if completed), the second tallest tower in San Francisco – is further advanced and will continue, the company said; two years behind schedule, it’s currently expected to open in 2023. The whole project, the Oceanwide Center, is one of the largest construction projects in San Francisco.

“In light of local market changes and economic uncertainties, Oceanwide has determined that a realignment of the work scope on the Oceanwide Center project is necessary to keep the project sustainable,” the company told the San Francisco Chronicle.

In 2014, Oceanwide Holdings’ Tohigh Investment Co. acquired the development site from TMG Partners for $296 million. Groundbreaking took place in December 2016. Oceanwide has tried to develop this project on its own and does not have a US partner.

Oceanwide has not disclosed the project’s ballooning budget – amid ballooning construction costs in San Francisco – or how much money it has already sunk into it, but estimates of the budget are now at $1.6 billion.

San Francisco’s Oceanwide Center is the second mega-project by Oceanwide that has run into out-of-money problems and where construction was halted.

The first project is Oceanwide Plaza in Los Angeles, an even larger three-tower condo, hotel, and retail development, one of the largest in downtown Los Angeles. But in late January, Oceanwide ran out of funds and abruptly and without notice halted construction.

Later, Oceanwide said in a statement that construction was “temporarily” halted “while we restructure capital for the project.”

Construction would resume in mid-February, it said. But other than some sporadic minor work here and there, construction has reportedly not resumed as of yet. Funding appears to be hard to come by these days for Chinese conglomerates with foreign real estate ambitions.

Among other Chinese developers that have run out of money for their mega-projects in California recently is Z&L Properties, a US entity that was privately funded by Zhang Li, co-founder of R&F Properties in Guangzhou, China. Z&L Properties had gone on a California buying binge in 2014 and 2015, as they all had done, acquiring 12 properties for a planned 3,400 high-end condos in the Bay Area and Los Angeles. 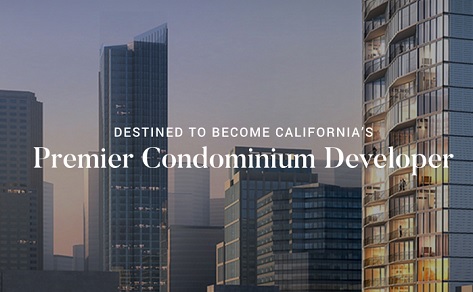 None of the projects have been completed. One project was halted because it was deemed to be not economically feasible, according to the SF Chronicle. Construction on another project, which had started in late 2017, was suddenly shut down after the excavation work. Several have been tangled up by building code violations, lawsuits, cost overruns, allegations of using substandard materials, disputes with contractors.

And there was the US Department of Labor’s human-trafficking investigation at 188 West St. James St. in San Jose (Silvery Towers), which found that, under a contractor, workers were “forced to work without pay” and “lived in captivity in squalid conditions in a warehouse.” The case was settled in July 2018. In June this year, a jury convicted the contractor to eight years in the hoosegow and to pay the workers back-wages of nearly $1 million. The construction project is now at least two years behind schedule.

The City of San Jose booted Z&L Properties from two other stalled projects – the 305-unit North San Pedro Towers and the 221-unit Park View Towers – because Z&L Properties had broken the terms of its development agreement. City officials are now trying to line up other developers to take over the projects.

The tsunami of Chinese money that washed ashore on the West Coast, and particularly in real estate in California, between 2014 and 2016, and that has done so much to inflate the commercial real estate bubble and the housing bubble, has now receded. And what is left to do is to sort through it all and figure out how to go on from here.

81 comments for “Another Chinese Mega-Construction Project in California Is Halted, this one in San Francisco. List of Troubled or Scuttled Chinese Projects in California Grows”