OK, this is mind-boggler of a juxtaposition: The most expensive ZIP code to rent an apartment in is 10282, which covers Battery Park City, stretching along the Hudson River at the southern tip of Manhattan, where the average rent has soared 12% over the past 12 months to $6,211. And the cheapest ZIP code to rent in is 67213, which is in Wichita, KS, where the average rent has remained flat over the past 12 months at $423.

My former hometown, Tulsa, has a couple of ZIP codes on that list (#41 and #42). Once upon a time, Tulsa was the booming “Oil Capital of the World” until all the oil companies moved to Houston during the oil bust in the 1980s, which triggered a long-lasting economic depression in the city. Oklahoma has a total of five entries on the list.

Some other ZIP codes on this list of the Cheapest 50 Rental ZIP Codes are in cities with similar fates – once booming towns until some major industries packed up and left, shriveled, or died (if your smart-device clips the right column, hold it in landscape position):

On the other hand, at the dizzying top… 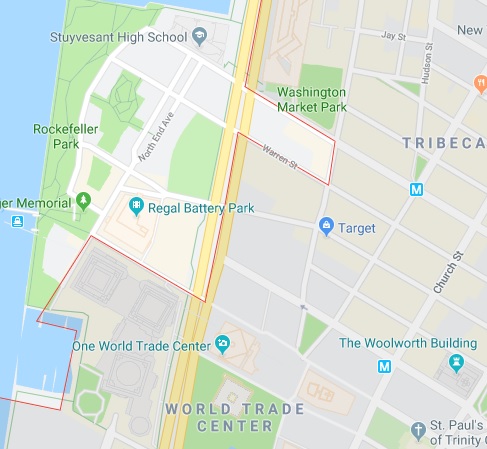 New York City has two ZIP codes at the bottom of the most-expensive-50 list that are not in Manhattan: one in Brooklyn and one in Queens.

The San Francisco Bay Area has 14 ZIP codes on this list, four of them in the City of San Francisco, including the Bay Area’s top entry (94105), with an average rent of $4,858. This ZIP code – the 6th most expensive in the US – is in the South of Market Area of towers, including the infamous Millennium Tower, a high-end condo building that is sinking unevenly into Bay mud and is leaning disconcertingly. The ZIP code also includes the building of the Federal Reserve Bank of San Francisco.

And that’s it – just New York City, Los Angeles county, the Bay Area, and Boston. No other place made it on the list of the 50 Most Expensive Rental ZIP codes (if your smart-device clips the right column, hold it in landscape position):

What about rents in Chicago?

The most expensive ZIP codes in Chicago are not all that expensive compared to the most expensive ones in New York City, Los Angeles, or the Bay Area. Chicago’s top two entries (60606 and 60654) with an average rent of $2,770 and $2,761, are less than half as pricey as Battery Park City in Manhattan. Chicago’s top entry straddles Wacker Drive and the South Branch of the Chicago River. Part of the ZIP code is in the Loop. This is a great area, for less than half the price of Battery Park, and a good chunk cheaper than California’s toniest ZIP codes, and a lot cheaper too than Boston’s top ZIP code.

The list shows the 10 most expensive ZIP codes for rents in Illinois. Nine of them are in Chicago, and #10 is in the Chicago metro area.

The ZIP code with the highest rents in Texas is in Austin (78701) at $2,885, out-pricing Chicago’s top entry. The second most expensive ZIP code is in Dallas (75205). At $2,791, it’s right there with Chicago’s top neighborhood. Of the top five ZIP codes in Texas, three are in Dallas and two in Austin, and finally Houston shows up in 6th place, with an average rent just over $2,000:

Rents in the most expensive ZIP codes in Miami and Fort Lauderdale are right there with the top in Chicago and Texas. Florida’s top entry (33131) stretches along Miami’s waterfront and includes the Brickell neighborhood and Brickell Key (man-made island), which are covered with high-end condo and apartment towers:

On the surface, Miami’s condo market is in trouble. But beneath the surface, “the whole system is jammed up.” Read…  Miami Real Estate Is About To Collapse… This is About Condos, and it Would Be Funny if it Weren’t so Serious

72 comments for “Rents in the USA: from the Priciest ZIP Codes to the Cheapest”