Plenty of homes for sale, at ludicrous prices for what you get. But asking prices are now getting “reduced.”

Zillow sends me a daily email with 18 “recommendations” about what kind of home to buy in San Francisco. These 18 recommendations are different each time. These emails identify the problem in the San Francisco housing market – and that it’s not easy any longer to maintain this crazy bubble.

What its emails say over and over again are three things:

As is typical in San Francisco, most of the homes on this list are condos since the majority of homes sold are condos. Practically all new construction in San Francisco in recent decades has been condo and apartment buildings, including many towers.

So let’s see what kind of homes Zillow is trying to draw my attention to today, in order of how they appeared in the email. All prices are “asking prices”:

Zillow estimates that a 30-year fixed-rate mortgage would run $20,282 a month, after a down payment of $1 million, plus $2,030 in home owner association fees (HOA) a month. I’d have to also figure in around $5,000 in property taxes a month, tack on insurance, and after a down payment of a million bucks, I could live there for less than $30,000 a month.

“People like you liked this home,” Zillow says. People like me?!? What does Zillow know about me that I don’t? But OK, this is a nice place and I would probably like it – the place, not the price and monthly costs:

This is the same tower where YouTube co-founder Steve Chen purchased a two-level 3,030 sqft condo for $4.85 million over 10 years ago, then spend a fortune building it out, and put in on the market earlier this year. A sale is now pending [read… How Much Does it Really Cost to Buy a Luxury Condo in San Francisco, Not Live in it for 10 Years, Then Sell at a Loss?]

This tower is a couple of blocks from the Bay Bridge, the largest and most congested bridge in the Bay Area, with ten lanes of traffic that throw off a nice amount of pollution. The condo has view of part of the Bay Bridge (see image) which seems to run about level with the condo:

$1.1 million: or more precisely, $1,098,000. A true jewel, 1,515 sqft, two structures on one lot plus a rear shed. One of the units is occupied by a tenant. “This property offers tremendous potential,” it says. “Potential” in real estate means it needs a lot of work. After looking at the photos, I’d probably want to gut this thing. But if you have to worry about those details, you can’t afford it, as they say:

$1 million, rounded. Another budget deal, “Wonderful opportunity to restore this amazing Dolores Heights Victorian! Large 2-story home with high ceilings.” Nearly 3,000 sqft. On the photo, part of this place is boarded up. It’s one block from Mission Dolores Park, about which we can read this: ‘It’s Getting Worse’: Crime Plagues San Francisco’s Dolores Park Where Triple Shooting Occurred. But no problem, the area is gentrifying. I could spend a million bucks on this house and maybe another million to fix it up, including seismic retrofitting, and then I’d have a Victorian jewel (image via Zillow): 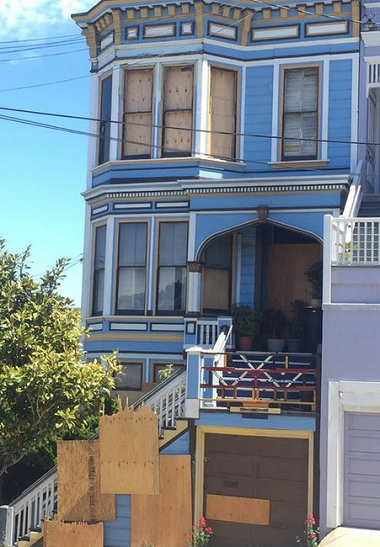 And so Zillow’s selection of “recommendations” goes on giving a great cross section of what is available in San Francisco.

$2.55 million for a building with 6 rental apartments. The building, built in 1906, is rent-controlled, so it would require some additional research to see if this is a deal.

This list and all the lists Zillow sends me on a daily basis show in graphic detail just how far the San Francisco housing market has gone off the rails. There are plenty of homes to buy, but the prices are just ludicrous, for what you get. There are only a limited number of people who are wealthy enough to afford a $1 million home but at the same time are willing to squeeze into a tiny and not so nice place. At some point, this doesn’t make sense anymore. And the price cuts show that the market might have reached that point.

More changes in the mortgage market may be in the offing. Read…  Will the New Fed Get Rid of All its Mortgage-Backed Securities? That Seems to be the Plan

130 comments for “Graphic Details of the Crazy Housing Bubble in San Francisco, According to Zillow”