The inventory of new single-family houses that homebuilders put on the market for sale rose  to 389,000 in October, the highest since September 2008, according to data from the Census Bureau: 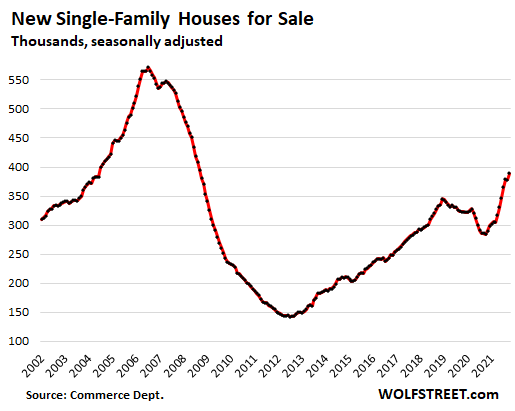 Sales of new houses at all stages of construction — not started, under construction, and completed — fell 23% from the pace at the same time last year, to a seasonally adjusted annual rate of 745,000 houses.

As the chart below shows, sales of new houses have long been far below their 2002-2007 heyday, as housing demand shifted to condos and apartments in urban cores, triggering a large-scale construction boom of towers and mid-rise buildings, that are not reflected here. Here we’re only looking at single-family houses: 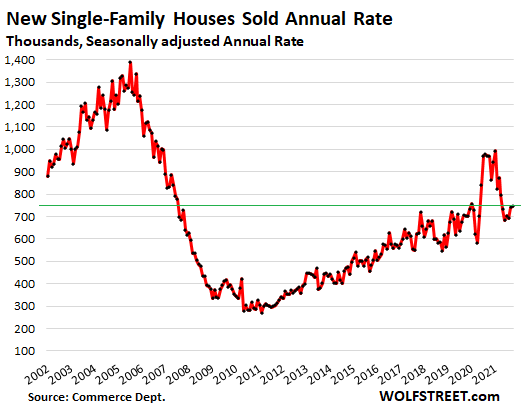 Given the rate of sales in October, the supply of new houses for sale, at 6.3 months, has now remained roughly at the same high level above 6 months since June.

So what’s the deal here with this pile-up of inventory?

Homebuilders are struggling with shortages of all kinds, including shortages of windows and appliances, and completing a house has become a complex task of dodging supply-chain chaos, where builders are trying to find substitutes for the things that they cannot get. Houses remain under construction with no activity while the builders wait for supplies to come in. Other projects are being put on hold or don’t get started due to the supply shortages.

In addition, homebuilders are facing rampant price increases in materials, and they’re facing labor shortages that cause them to increase wages, and contracts can reflect the uncertainty about those price increases and could get the buyer stuck with higher costs.

Construction costs spiked out the wazoo. 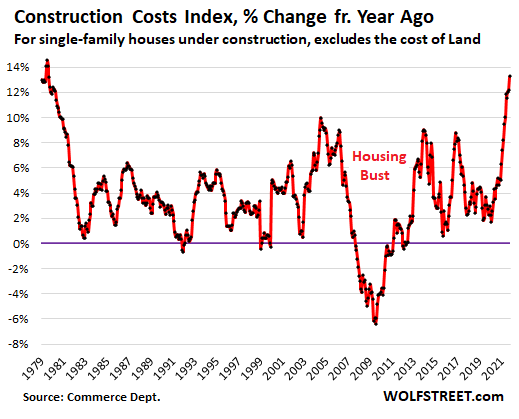 In terms of the index in the chart below, not the year-over-year percentage change, you can see the spike in construction costs taking off in June 2020 (black dot), and has been relentless ever since.

During the housing bust, construction costs fell 11.5% from the peak in April 2007 through May 2010, and then didn’t really move much for another two years. The opposite is happening now: 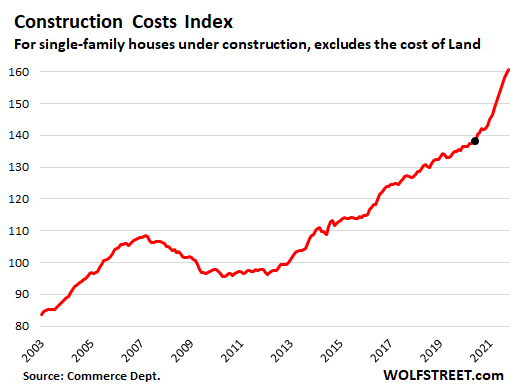 A peculiar effect: Inventory for sale by stage of construction.

Given the uncertainties around getting the house finished in any reasonable time frame due to the shortages, getting all the appliances installed, etc., and knowing what the final price is going to be, potential buyers are reluctant to buy a house under construction or one where construction hasn’t started yet. And that inventory sits. 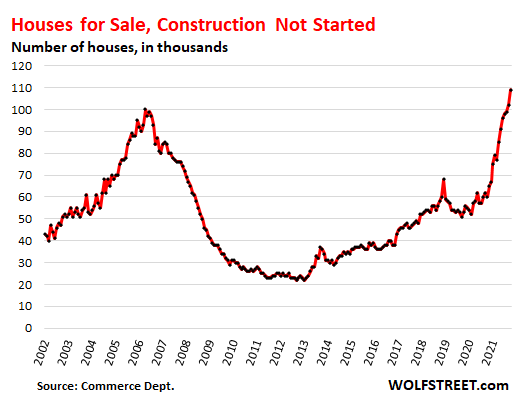 Another 242,000 houses were under construction in October, in the same range as over the past two months, the highest since the peak of the last construction bubble: 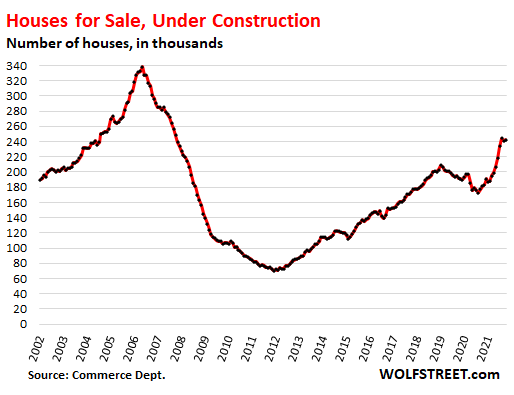 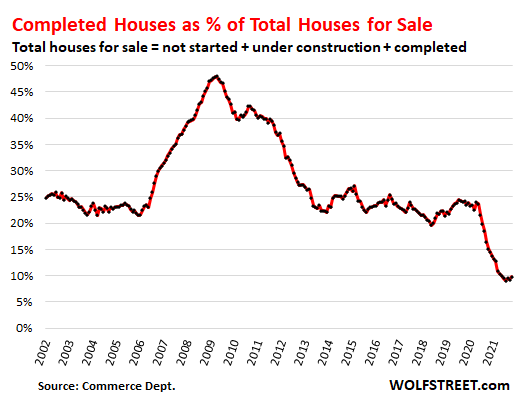 There is strong demand for completed houses, and inventory of completed houses is very low because houses are now a challenge to complete, amid the supply-chain mess. But the sudden cost increases during the construction process, and the delays due to shortages, ripple through to people who’d bought an unfinished house. And that’s not good for the builder or the buyer. And that part of the market has gotten mired down.

223 comments for “What’s Behind the Pile-Up of New Houses for Sale, Highest since 2008, as Construction Costs Spike Most in 42 Years, Projects Stall”