The size of the US economy, as measured by GDP in “current dollars” (not adjusted for inflation), fell to $20.9 trillion in the year 2020, according to the Bureau of Economic Analysis this morning. 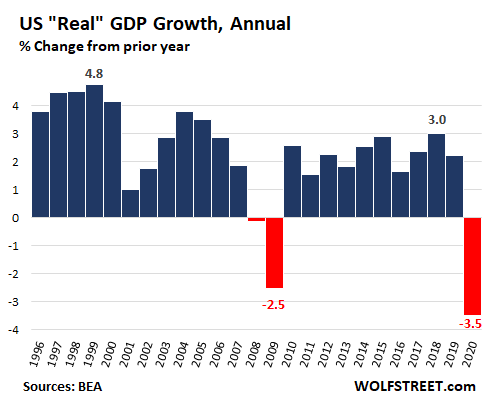 In the fourth quarter, GDP grew by 1.0% from the third quarter, adjusted for inflation (but not “annualized”), which left Q4 GDP still down 2.5% from a year ago.

The plunge in Q2 and the jump in Q3 were the sharpest moves ever in the quarterly GDP data, which began in 1947. Before then, there were only annual data. Q4 growth, at 1% (green column), is back in the normal quarterly growth range over the past two decades: 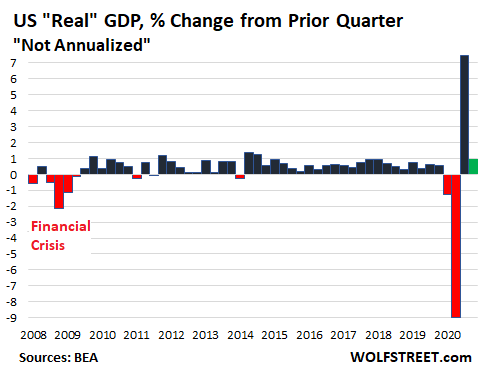 In the headlines this morning, you saw “4%” GDP growth for Q4, which was an “annualized” figure, meaning Q4 growth (1.0%) multiplied by four to project what the growth would be if it continues for an entire year at the same rate, which is kind of silly, but that’s what “annualized” growth rates do. And they sure make things look bigger. 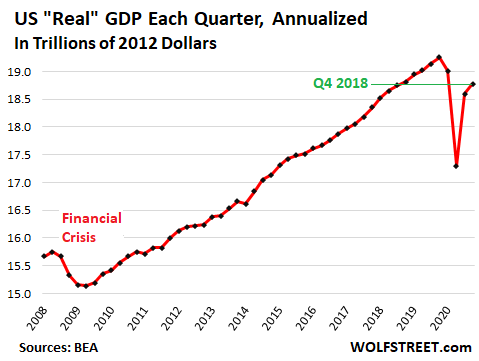 This produced a very unspectacular uptick after the spectacular plunge-and-bounce in Q2 and Q3: 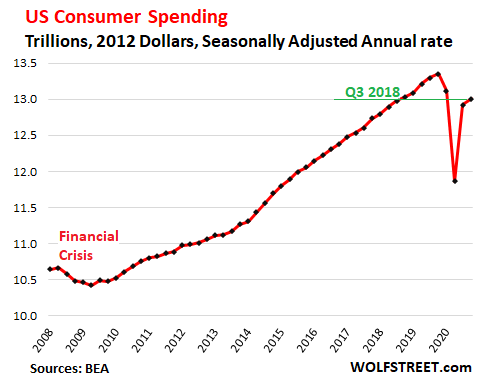 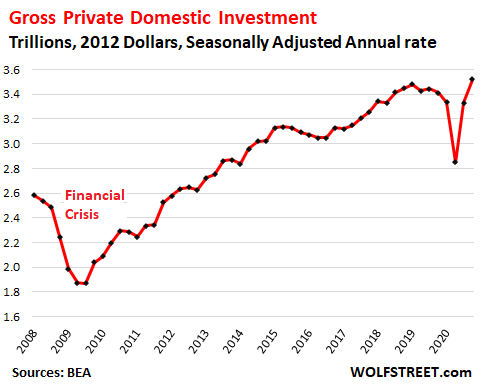 Imports of goods and services rose by $213 billion in Q4 from Q3, to $3.4 trillion, fired up by the stimulus economy when consumers can’t spend their money on fancy vacations. Instead, they’re spending their money on imported goods.

Exports of goods and services rose only by $110 billion, not nearly enough to compensate for the surge in imports, to $2.3 trillion.

And the trade deficit (exports minus imports) – or “real net exports” – of goods and services in Q4 worsened to a new worst of -$1.12 trillion. Net exports are added to GDP. Since the amount is negative, it reduces GDP by $1.12 trillion. This is 30% worse than the hit in Q4 2019.

I took the chart back to 1970, even though the details get lost, to show just how far this situation has deteriorated. Anything below the blue line subtracts from GDP. The US stimulus economy – the Weirdest Economy Ever – stimulated the economies in other countries, such as China, Germany, Japan, and Mexico: 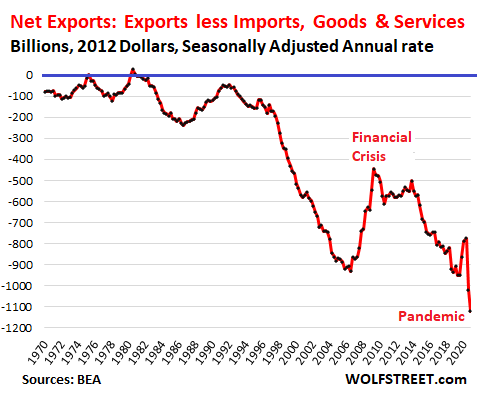 Government consumption and investment (17.7% of GDP) dipped 0.3% from Q3 to $3.3 trillion (annual rate), down 0.6% from a year earlier. This includes all governments: federal, state, and local.

State and local governments have come under heavy budgetary pressures, and in Q4 their consumption and investment declined by $8.5 billion to $1.98 trillion (annual rate, 2012 dollars), after having already declined by $20 billion in the prior quarter.

The federal government’s consumption and investment ticked down by $1.8 billion in Q4, to $1.33 trillion (annual rate, 2012 dollars) with defense up by $10 billion and non-defense down by $11.4 billion: 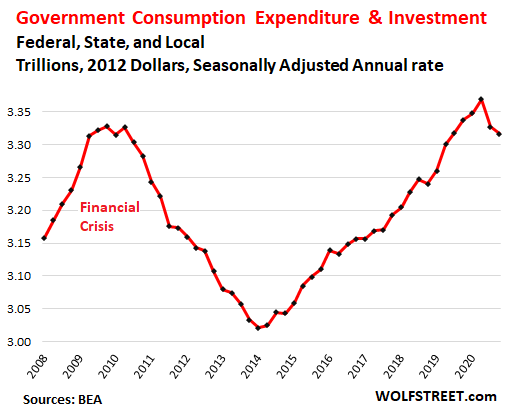 And so this puts the economy of 2020 behind us… 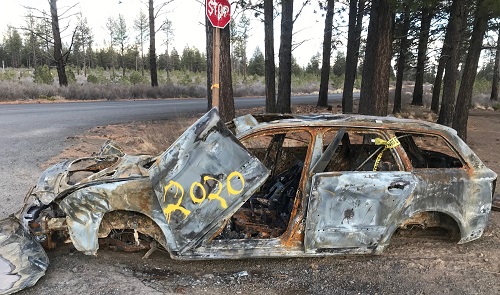 Not only have the last two months seen supply shortages develop at a pace not previously seen in the survey’s history, but prices have also risen due to the imbalance of supply and demand.” Read…  Inflation Is Spreading Broadly into the Economy. Amid Surging Costs, Companies Raise Prices, and Customers Pay them, Despite Weak Economy, 10 Million Missing Jobs

99 comments for “The Year of the Plague in Charts: Weirdest Economy Ever”