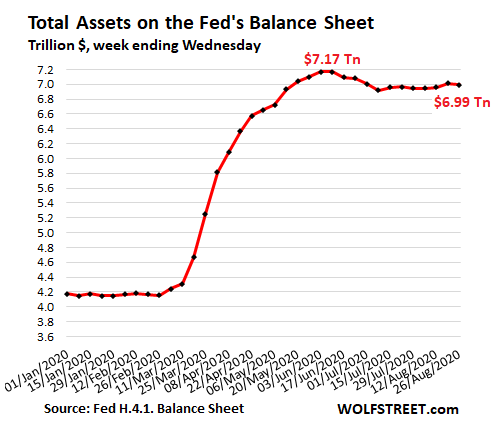 Repurchase Agreements (Repos) remained at zero for the 8th week: 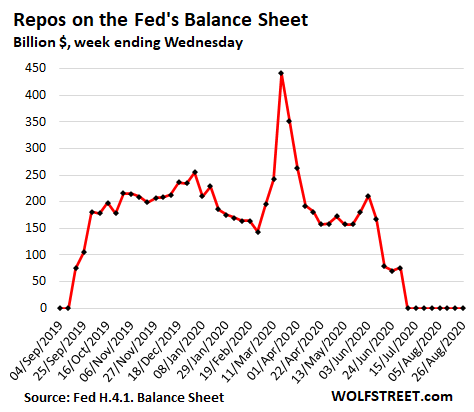 The Fed’s swap lines, by which it provides dollars to certain other central banks, fell by $4 billion to $92 billion, from a peak of $448 billion in early May. The Bank of Japan accounts for 81% ($75 billion) of the total. Swaps with the ECB fell to $7 billion. Swaps with the Bank of Mexico have been unchanged since the beginning of July, at $5 billion. The central banks of Switzerland and Singapore had small balances left. The rest were gone: 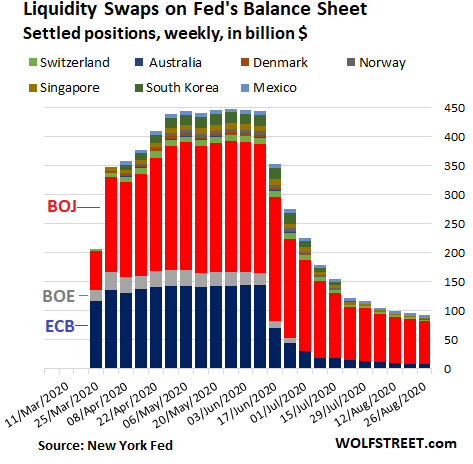 The Treasury Department provides the equity capital to these Special Purpose Vehicles (SPVs) and the Fed lends to them. The sum of the two is what the Fed shows on its balance sheet for each SPV. But not much has happened yet after months of hoopla: Most of what we see in these SPVs is the equity capital from the Treasury, and not much lending from the Fed – because these SPVs have barely bought any assets. Here are the SPVs: 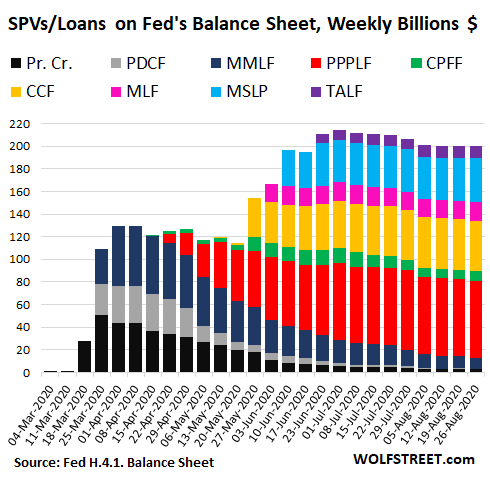 For example, CCF has only bought $12.3 billion in corporate bond & bond ETFs.

The CCF (Corporate Credit Facilities), yellow in the chart, holds the Fed’s corporate bonds and bond-ETFs. The balance of the CCF has been a notch above $44 billion since mid-July. But in a separate report on August 10, the Fed disclosed that it held only $12 billion in corporate bonds and ETFs at the end of July. The rest was mostly the unused equity capital from the Treasury and some interest income earned on the bonds.

The zigzag shape of the chart tracking the balances of mortgage-backed securities (MBS) is due to two factors that move the balance in opposite directions: Holders of MBS receive pass-through principal payments when mortgages are paid off, which has turned into a torrent in today’s refinance boom. It reduces the MBS balance. And the Fed’s MBS purchases take 1-3 months to settle, which is when the Fed books the trades.

What this shows is that since June 24, the Fed has roughly replaced the pass-through principal payments and nothing more: 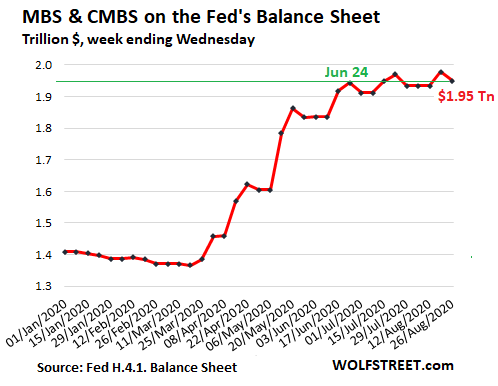 Since mid-May, the Fed has increased its Treasury holdings in a range between $6 billion and $29 billion a week, following the 10-week period, starting in mid-March, when it had gone hog-wild, buying at the peak $362 billion in the week ended April 1: 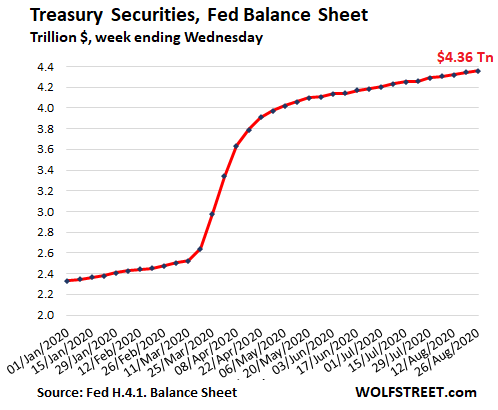 And finally, another crazy chart, to document these crazy times. 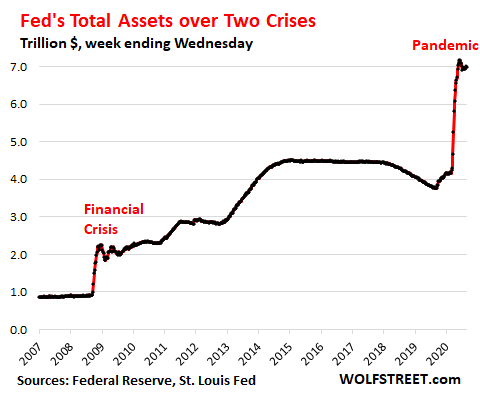