Repos zilch, gone. Dollar liquidity swaps on their way out. SPVs flat for five weeks, but composition is changing. Treasuries edged up by smallest amount all year. MBS rose.

Total assets on the Fed’s balance sheet for the week ended July 22, released this afternoon, edged up by $6 billion from the prior week, to $6.96 trillion. Since peak-balance sheet on June 10 (at $7.17 trillion), total assets have declined by $204 billion: 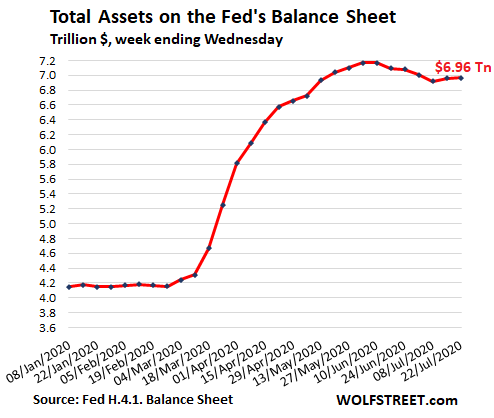 Repos are gone, zilch, third week in a row.

Back in mid-June, the Fed made repos less attractive by raising the bid rate. The Fed is still offering huge amounts of repurchase agreements every working day, but there have been no takers for the third week: 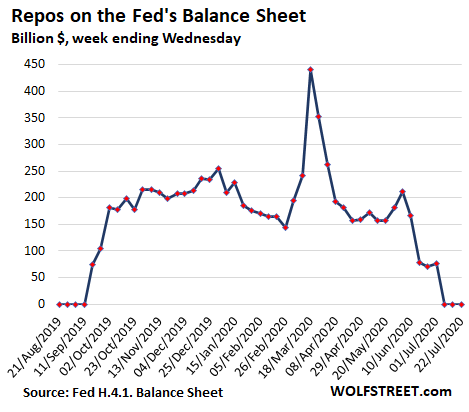 This is the Fed’s alphabet soup of Special Purpose Vehicles (SPVs) – LLCs that the Fed lends to, and the SPV then buys assets or lends:

The overall balance has remained essentially unchanged for five weeks: $210 billion in the week ended July 22, slightly down from $211 billion five weeks ago, in the week ended June 23. But the composition has changed. The original three entities are being phased out, and new ones were added: 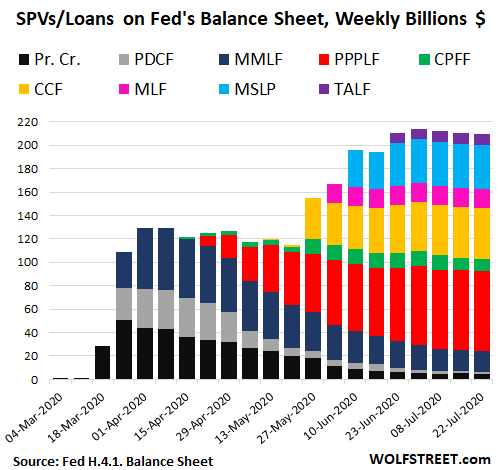 The Fed’s “dollar liquidity swap lines” – implemented to provide other central banks with dollars – are no longer needed. As swaps mature and are not rolled over, the balance drops. This was the sixth week in a row of declines, now down to $122 billion: 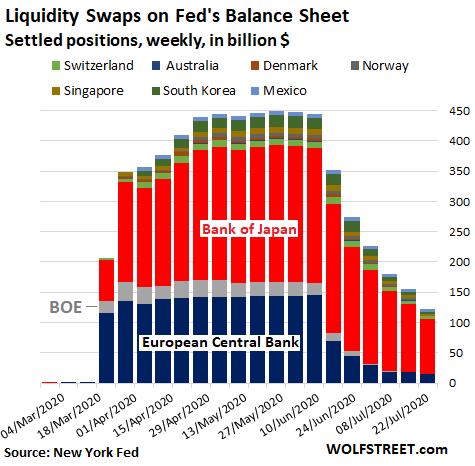 Treasury securities edge up by $6 billion, to $4.26 trillion.

Since early June, the increases in the balance of Treasury securities have been range-bound between $9 billion and $26 billion a week. This week, they edged up $6 billion, the lowest amount since January 1, 2020: 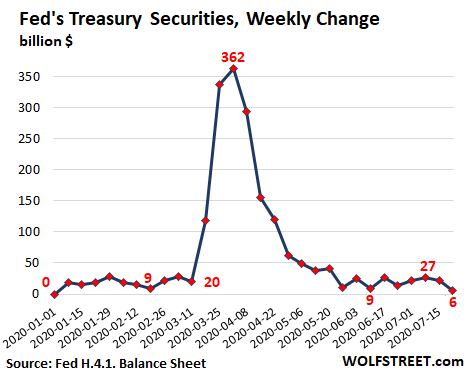 Treasury securities reached $4.26 trillion. In this gigantic portfolio, large amounts of securities mature every month and are redeemed. If the Fed didn’t buy any Treasuries, the balance would dwindle fairly rapidly, in particular since $326 billion of them are short-term bills (one-month to one-year) that the Fed replaces constantly as they mature. So just to keep the balance flat, the Fed would have to remain a fairly heavy purchaser: 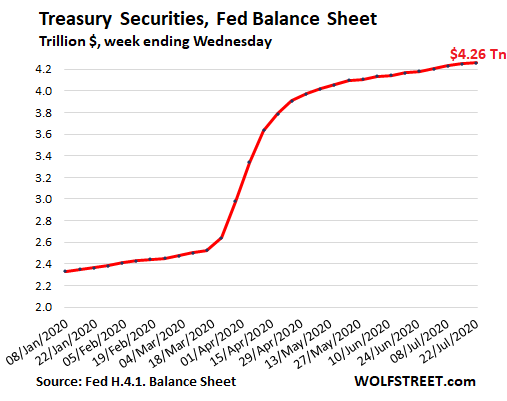 Mortgage-backed securities are the most erratic part on the Fed’s balance sheet, for two reasons:

MBS trades take 1-3 months to settle. And the Fed books MBS trades after they settle.

So the change in MBS on the balance sheet today is mostly due to the mix of current pass-through principal payments and of purchases from 1-3 months ago that settled during the week: 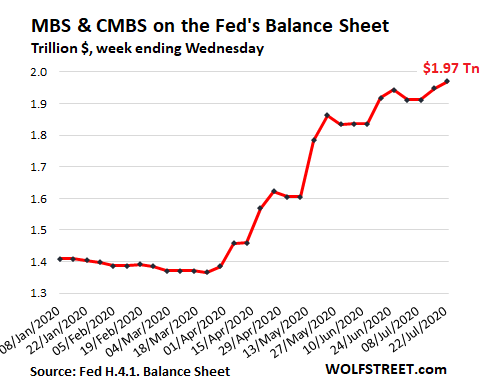