They are “stored” at HSBC and the New York Fed. That worries Texas.

When Governor Greg Abbott signed House Bill Number 483 in his own hand on Friday, Texas gave a big gold “finger” to Wall Street and will soon bring $1 billion in gold bars back to the Lone Star State.

The University of Texas made headlines in 2010 by adding more than $500 million in gold to their endowment. The decision to plough half a billion dollars into gold was only the first chapter of the story. Perhaps the bigger news was the choice not to simply buy shares in a gold ETF or gold futures contracts. Custodians decided to buy physical bars instead – signaling a distinct lack of faith in paper gold.

Like most gold investors, they have seen very little to inspire confidence since.

In fact, those with the fiduciary responsibility for managing the Texas gold are feeling less certain than ever. That’s why they convinced state officials to build a depository and move the gold bars home from Wall Street. Texas joins Germany, Venezuela, the Netherlands, and other governments that have lost trust in New York depositories for safeguarding their metal.

Who could blame them? Gov. Abbott indicated on Friday in his signing statement that some of the Lone Star State’s gold is actually in the grubby hands of the New York Fed itself. And HSBC, the bank reported to be storing some of the gold, has been the subject of criminal investigations and lawsuits.

HSBC’s suspected activities range from manipulation of metals and currency markets to rigging LIBOR interest rates. And the bank avoided prosecution for laundering Mexican drug cartel money in 2012 by paying nearly $2 billion in fines instead.

Texas could have chosen to store with another bank. The problem is the alternatives aren’t much better. Virtually all of the major Wall Street banks appear to be engaged in some pretty unsavory activity – including ripping off their own customers. In recent years, banks have paid nearly $200 billion in fines. 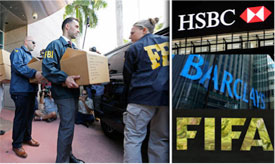 Federal regulators and prosecutors may be investigating and levying some fines, but they aren’t planning to send a single one of the traders or executives implicated in these scandals to prison. That also weighs heavily on confidence. No one who is paying attention, including officials in Texas, should expect the Federal government to enforce the rule of law or property rights when it comes to the financial sector.

Investors tangled up with MF Global learned that lesson the hard way. The Federal bankruptcy trustee in charge froze all assets, including gold and silver bars stored in COMEX depositories – like HSBC’s. The owners of the bars had warehouse receipts proving they held title, but that didn’t prevent the trustee from liquidating their metal and putting them at the back of the line with the rest of the unsecured creditors.

The building location for the Texas depository is yet to be determined, and there is no word yet as to how long construction will take. Given the uncertainty over timing, it will be harder to gauge any reaction the metals markets have to the news. If other states or large organizations follow the Texas lead, it would likely be positive for prices. Demand for physical gold outside of the banking system would rise.

The story will bear close watching as HSBC and the New York Fed prepare for Texas to take actual delivery down the road.

The state’s gold holdings are reported to now total $1 billion in value. If those gold bars have been surreptitiously leased out, pledged, hypothecated, or even sold, then we could see a scramble for the physical metal. Clint Siegner, Director at Money Metals Exchange

If the swindling, particularly of their own “valued” customers isn’t enough, there are plenty of other reasons to worry about where you bank. Read…  Are You Still Banking with a Criminal Enterprise?