20 years of stagnation interrupted by the collapse during the Financial Crisis and subsequent recovery. 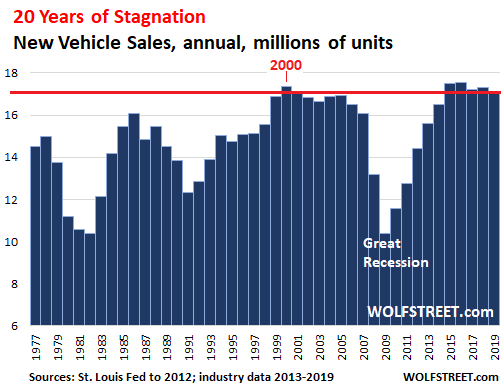 That total deliveries in 2019 of 17.1 million vehicles were below the 17.35 million deliveries in 2000 shows how horribly mature the market is despite a rising population. The market is impacted by a complex set of changes, including the continually rising average age of vehicles on the road and some structural trends, such as more people moving into high-rises at city centers – focus of much of the housing construction boom over the past decade – where cars are expensive to park and often less necessary.

The long-term trends of decline and stagnation were interrupted by the collapse of the auto industry during the Financial Crisis – with GM, Chrysler, and a substantial part of the component makers going bankrupt – and the subsequent recovery.

But for US automakers, the German automakers combined, and for Toyota, among the big ones, their peak was in 2015, as we’ll see in a moment. But now the trends are back on track. 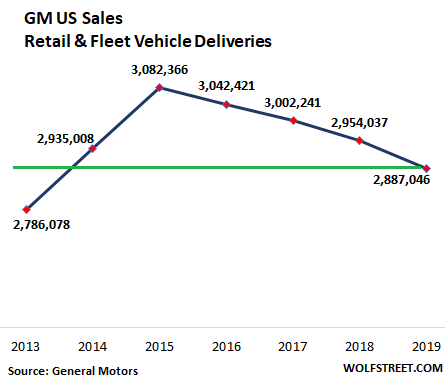 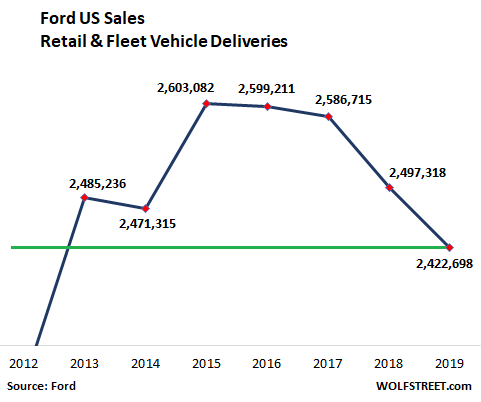 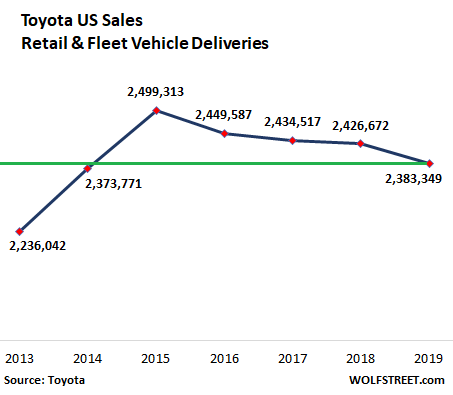 Despite Carmageddon, Toyota’s top two cars, the Camry and the Corolla, hung on, with Corolla sales ticking up 0.4% to 304,850 units in 2019 and Camry sales ticking down 1.9% to 336,978 units. Sales of all other Toyota-brand sedans plunged by the double digits, including the Prius (-20%). Total Toyota-branded sedan sales fell 4.0%. Sales of Lexus-branded sedans fell 12.6%. All sedan sales combined fell to 850,000, but still account for 36% of Toyota’s total sales, which is impressive compared to where sedan sales are at GM, Ford, and FCA.

Some other Toyota standouts: 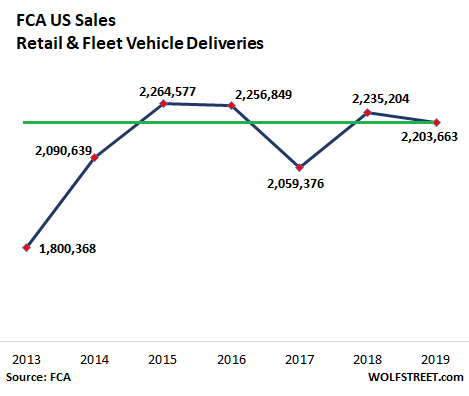 Of the top four automakers, FCA was the only one to book an increase in its pickup truck sales, following the redesign of its Ram trucks, whose sales jumped 18% in 2019 to a record 703,023 trucks, accounting for 32% of FCA’s total sales. The success of the redesigned RAM clearly ate into the sales of pickups at Ford, GM, and Toyota.

Also on the positive side at FCA: 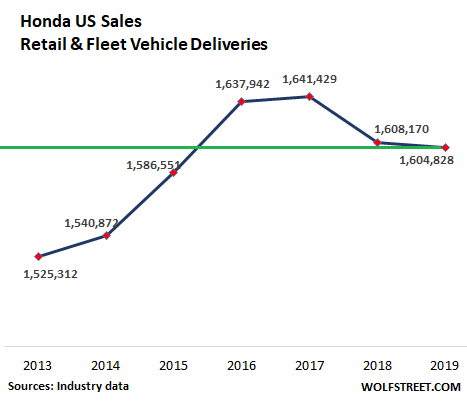 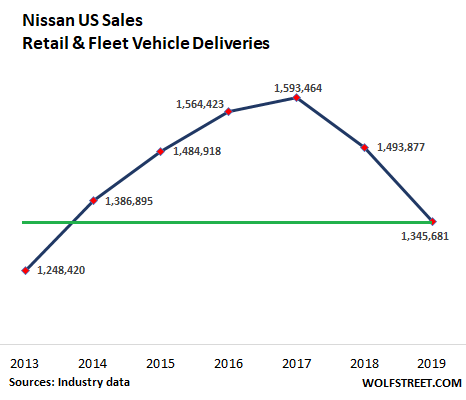 The other Japanese brands:

BMW, Mercedes-Benz, and Volkswagen Group all booked sales gains in 2019 in the US, with their combined sales rising 1.9% to 1.37 million units, but remain down 1.3% from their peak in 2015. They’re small: Their combined market share in the US is just 8%: 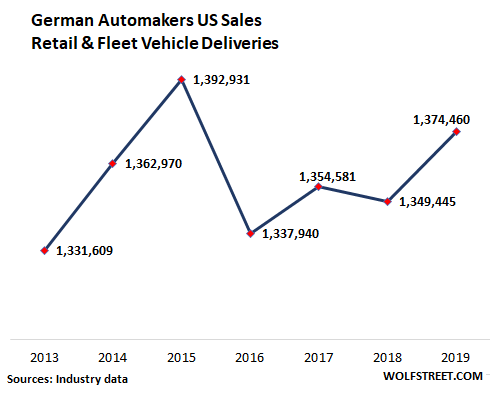 Hyundai and Kia, which are affiliated, went upscale and ran into a buzz saw of problems in 2017 and 2018 from which they’re now trying to recover. 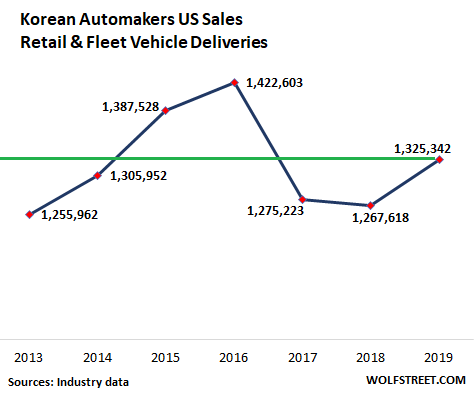 Tesla does not disclose US deliveries. It only discloses global deliveries. So the industry guesses as to how many Teslas were sold in the US. Automotive News estimates that Tesla deliveries in the US surged 34% to 223,000 units in 2019. This gives Tesla a market share of 1.3% in the US.

Tesla is also the only automaker that went downscale. Its Model S and X could easily run over $100,000 each. But the Model 3 generally runs less than half that amount. Model X and S sales have plunged and Model 3 sales have surged. This has shown up in Tesla’s revenues, which declined over the 12-month period through Q3, even as total deliveries grew.