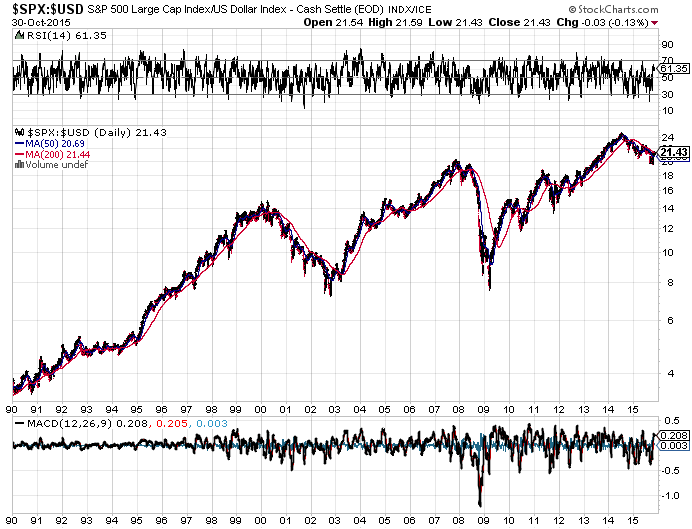 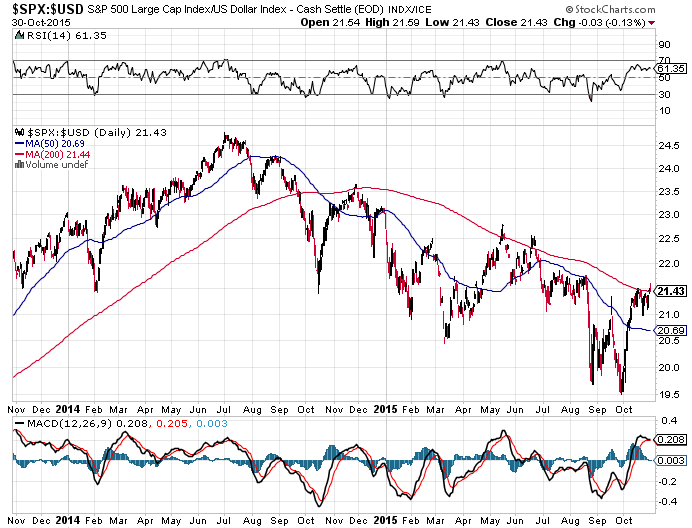 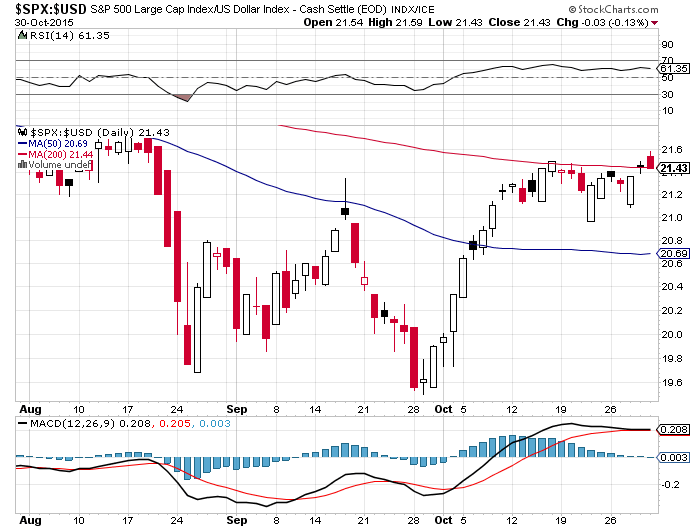 Looking at the big picture, the stock market has been steadily declining relative to the dollar for the past 16 months. Such a trend has never occurred during a bull market in at least the past 25 years. In fact, looking at the historical chart above, one sees the ratio stalled out in 1999, a year before the 2000 crash, and the ratio stalled out again in 2007, a year before the 2008 crash. To me, all of this indicates we are already in a bear market now.

Looking at the short-term trend, in the current rally the S&P 500 / Dollar Index ratio has not even broken above the 200-day trend line as much as it did in May and June. I see the stock market moving downward from here.

It is instructive to compare the current situation to 2011, when the stock market also dropped steeply in August & September and rallied in October. The big difference is, the S&P 500 was much healthier before that August 2011 drop, steadily outperforming the Dollar Index. Therefore it is not so surprising that the drop proved to be just a correction, and the market ultimately rallied back well above its trend line in 2012: 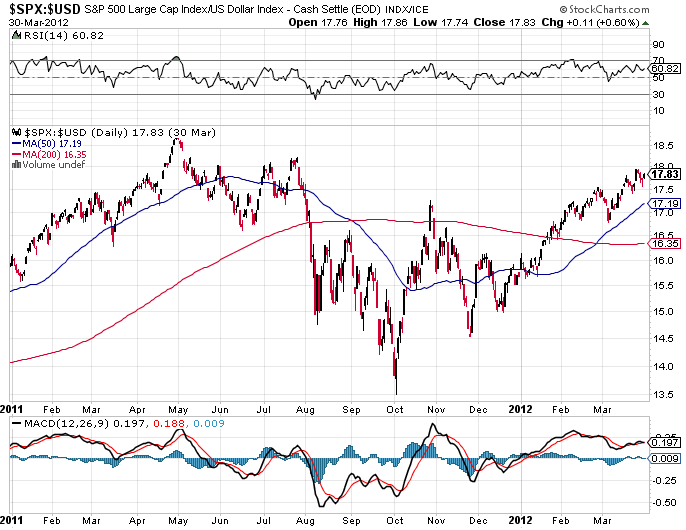 The situation today in 2015 is completely different. The stock market had been trending downward relative to the dollar for a year before the August 2015 drop. It will be vastly more difficult to break out of this downtrend than it was in 2011-2012.

And the S&P’s underperformance of the Dollar Index since mid-2014 is an ugly warning sign for the market. By Geoffrey Caveney, Dr. Strangemarket

In the end, it all boils down to the consumer, and businesses are now catching the drift. Read… Chilling Thing Hershey Just Said About American Consumers