A million dollars will not buy much in Australia’s overpriced housing market. In Sydney, the largest Australian city of around 5 million people, house prices were up 20% over the past year. Here’s a look at what one million or so will buy in Sydney.

Newtown is an inner city suburb about 4 kilometres from the CBD. It was once working class, but not anymore. The median house price is $1.2M [all prices in AUD; at the time of writing AUD1.00=USD0.69]. For that you will get something similar to one of the terrace houses below. These are very small, usually with no yard or parking. Thus rubbish bins are tastefully stored by the front door.  Parking is difficult. It was hard to find a house to photograph that was not obscured by cars. 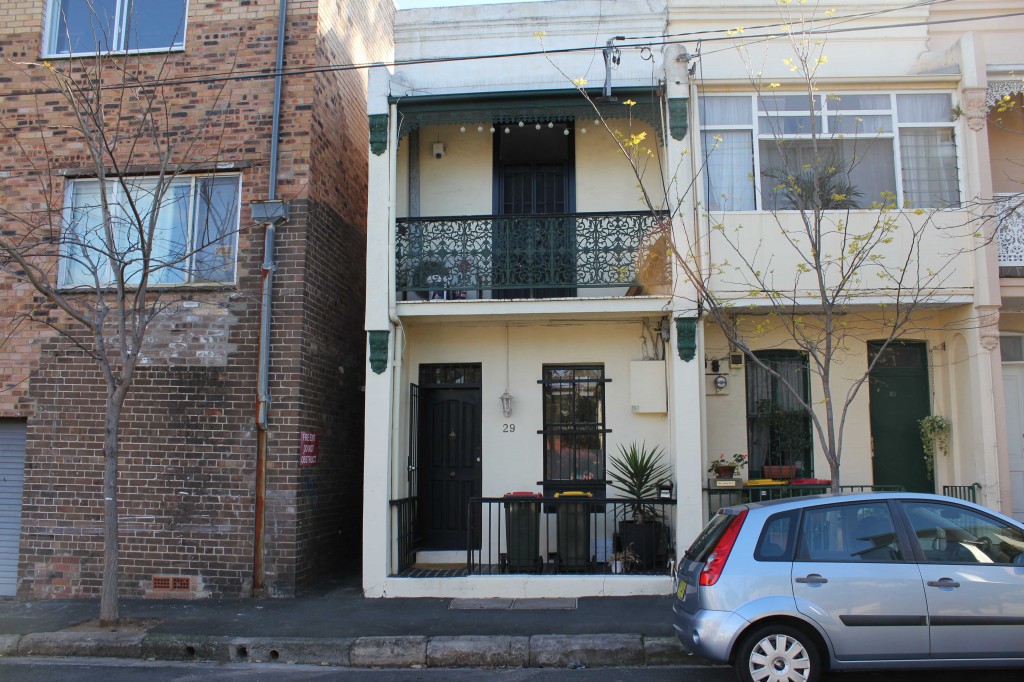 Prices in more popular, adjoining suburbs are even higher for similar houses . Such as a median price of $1.3M in Surry Hills and $1.6M in Paddington.

Moving further afield, Newington, 18 kilometres by road from the CBD, housed around 15,000 athletes during the 2000 Olympics. It was “repurposed “ to standard housing. Small terrace houses, as shown below, have a median price of $1.1M.

Newington  has little in the way of amenities and limited public transport. 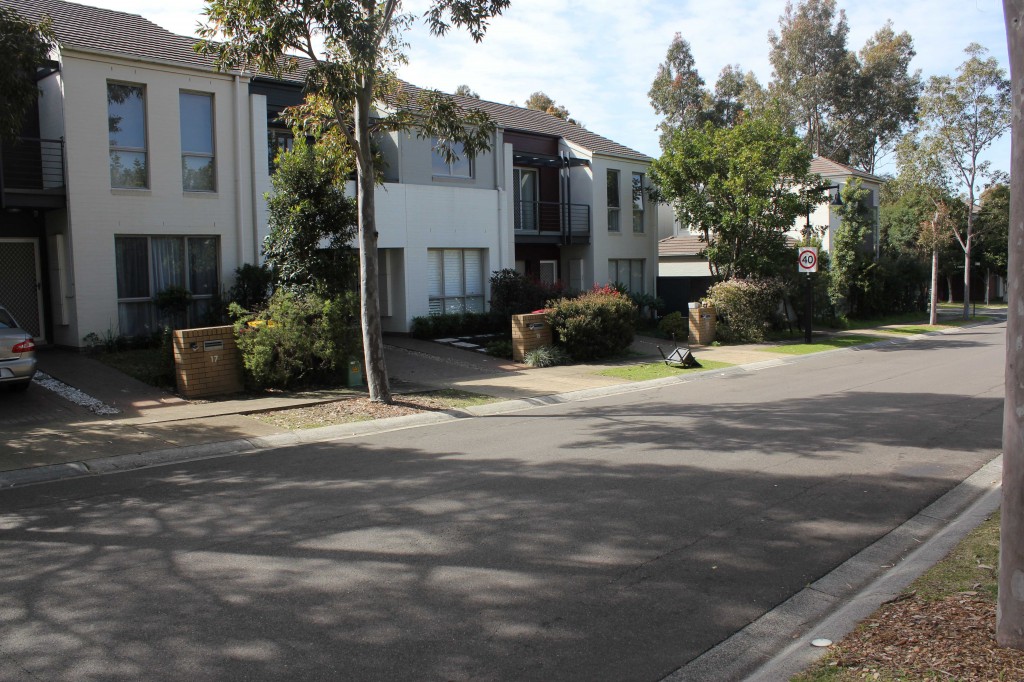 The house below recently sold for $4.25M.  It is 15 kilometres from the CBD in an average, middle class suburb, as can be seen by the adjoining houses. 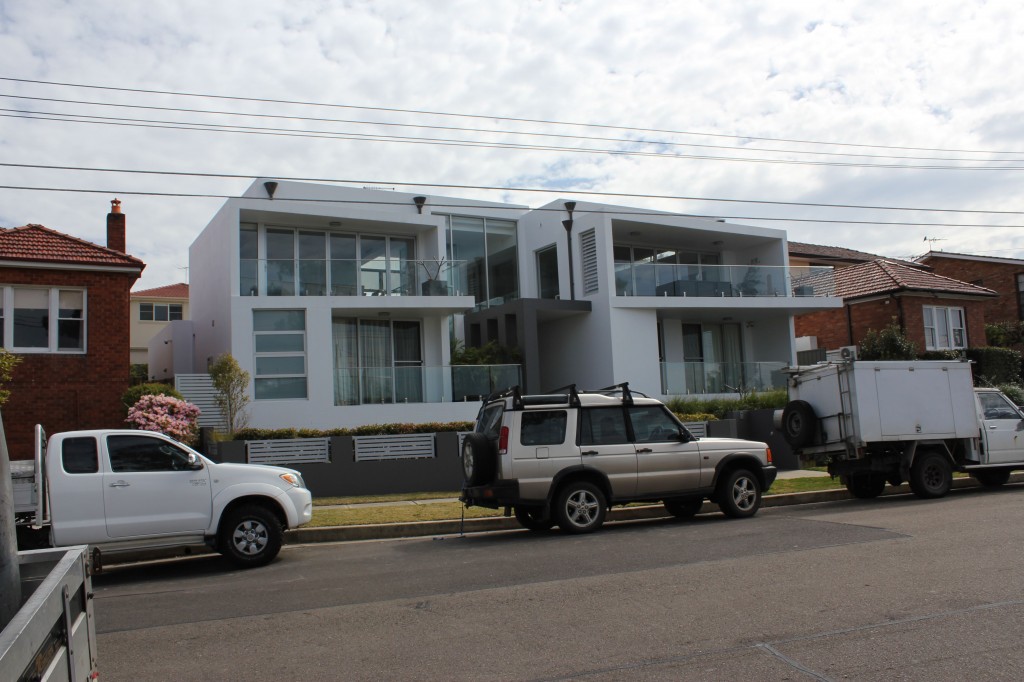 Houses on, or near, the waterfront, whether the harbour or beaches, are another price point altogether. A waterfront house in an average suburb can cost upwards of $10M.

The most exclusive parts of Sydney are suburbs such as Mosman (median $2.7M) and  Vaucluse (median $3.6M). The top suburb is Point Piper, with a median house price of $10M.

Apartments are almost as expensive as houses. Anything less than $1.0m in a good location will be small, with one or possibly two bedrooms.

There are many, many similar developments across Sydney. They are often ex-industrial or commercial areas and many have limited public amenities. 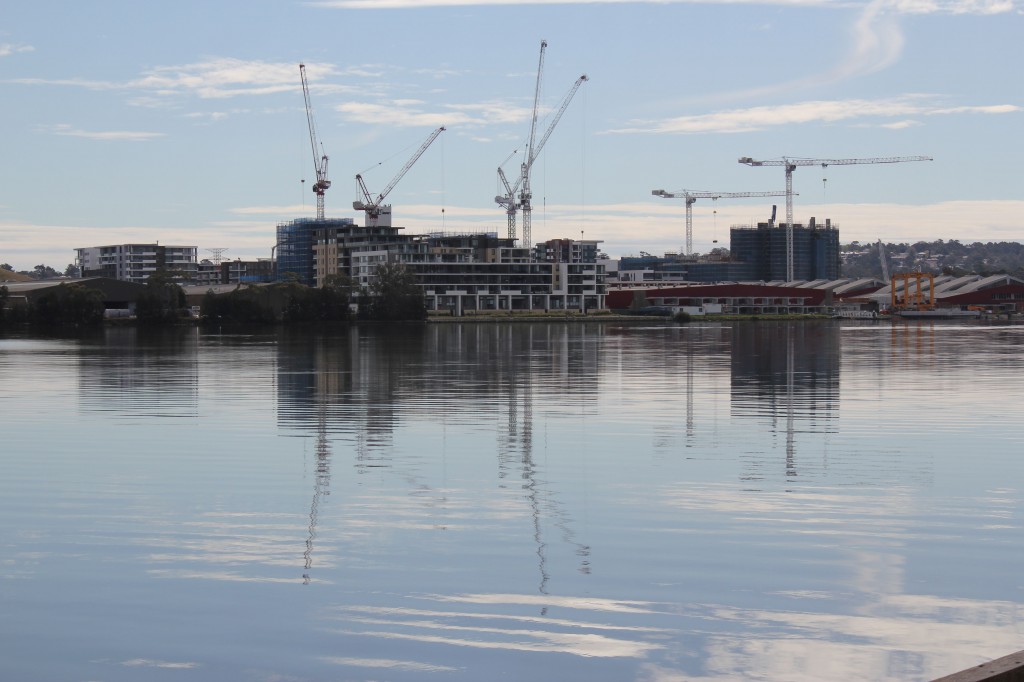 The Australian economy grew an adjusted 0.2% for the June quarter. Mining  and construction were down, as were exports. Terms of trade decreased by 3.4%. Housing is one of the few bright spots in the economy. In fact, tax on house sales is a big source of State government income. In Sydney, government tax on a $1.0m house is $40,000; $90,000 on $2.0M.

The economy is weak and nearing recession. And there are ominous signs that the property market is weakening. Auction clearance rates have fallen over the winter months. Yet the supply of houses for sale remain very high, by historical standards. It is probably not a good time to invest in Australian housing. By Mark Hansen, Australia, MarketCap

This housing market set for the mother of all corrections. Read… First the Miners, now the Banks, then Property? Going to be a Hard Landing for… Australia