There still are some economic numbers that aren’t seasonally adjusted or otherwise manipulated with fancy statistical footwork by governmental, quasi-governmental, or non-governmental number mongers. And they give us the true picture of the worldwide economy: beer, wine, mood, and San Francisco real estate—with more predictive power than is allowed by law.

My favorite long-term inflation index is bridges. For example, the San Francisco Bay Bridge cost $77 million to build in the 1930s. Now its eastern span is being replaced. Price tag: $6.3 billion. Of course, we’re not supposed to follow the price of a real thing over time. That would be comparing apples to apples. Oh no! We get served concoctions like Ben Bernanke’s favorite “trimmed mean PCE” inflation index. This way, there is no inflation.

So, let’s dive into the numbers that really count—and this being a Friday, let’s start with beer. More precisely, with beer shipments in Japan, a closely watched index based on data from the five major brewers. And dude, it’s catastrophic. Total beer shipments dropped by 3.7% in 2011, the seventh straight year of declines. Only 442.39 million cases were shipped, the lowest EVER in recorded Japanese beer history.

Beer is a predictor of long-term discretionary consumer spending in Japan. And the numbers tell us that beer shipments (and therefore consumer spending) won’t pick up until they get more young people to drink beer. And that just isn’t happening.

Return to the US—and the housing quagmire. Soothsayers have been predicting for years that it would experience some sort of miraculous recovery any time soon. And true, there was a taxpayer-funded sucker rally. But now it looks tough. Let’s take the wonderful city I live in, San Francisco, which is often at the forefront when it comes to bad news. The graph below shows home values for December of each year. Last month, prices set a new post-bubble December low of $594,000—the first December in years below $600,000. Over the next few months, seasonal declines will drive home values to new post-bubble lows (data source: DQNews): 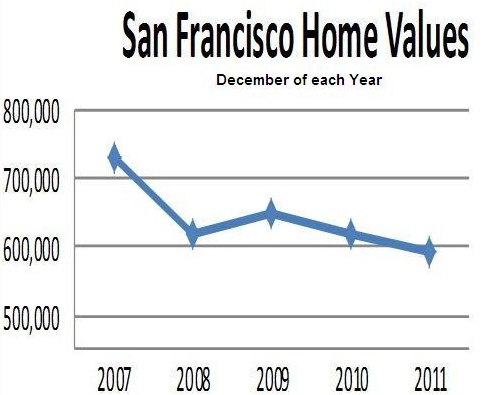 Now comes Gallup, and in its habitual wisdom, it tells us how we feel. Turns out, we feel awful about government and major corporations. Satisfaction with government is at a Gallup record low of 29%. And satisfaction with major corporations is at 30%, just above the record low set last month. There are some nuances, however: 84% of the Republicans and 75% of the independents are dissatisfied with the size and power of the government, and 71% of the Democrats are dissatisfied with the size and influence of major corporations. A consensus doesn’t appear to be on the horizon. This can’t be good for the economy, given the extent to which our lives are controlled by governments and major corporations (for example, we don’t like the idea of a national ID card, but we put our entire life on Facebook).

And the fine-wine indices have collapsed. Liv-ex, a leading source for fine wine market information, publishes a number of them, including the Liv-ex Fine Wine 50 (updated daily) and the iconic Live-ex Fine Wine 100 (monthly). 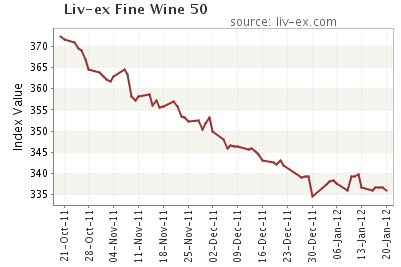 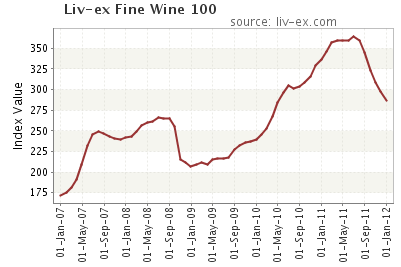 The curve of the Fine Wine 100 follows the unprecedented tsunami of money that central banks, and in particular the Fed, handed out. As this money sloshed around the world, a lot of it ended up in China, and they invested some of it in fine wines, particularly French wines. We’ve heard stories about that phenomenon. It’s an exuberance thing. Now the bubble has burst, and the sheer violence of it is predicting a hard landing for the Chinese economy.