What is striking in the report isn’t the ugliness of the numbers—numbers have been getting worse all around for months—but the front-page graph. It overlays both trend lines, “general business conditions” (reality) and “future general business conditions,” (expectation). And you guessed it, expectation today is always better than reality today. The gap between them is false optimism. 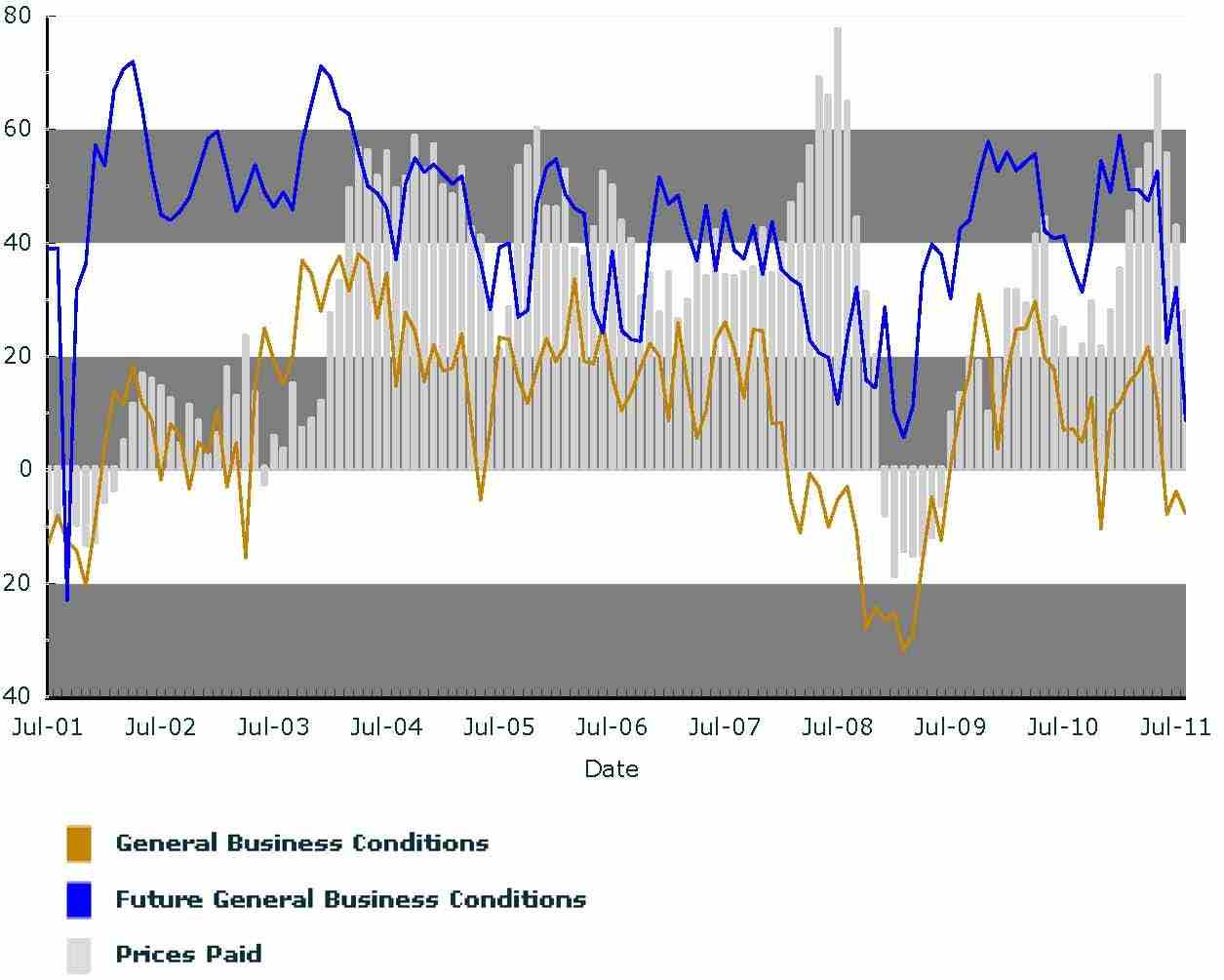 The NY Fed obtains this data through a survey of New York manufacturing executives who report changes in a variety of indicators of current business conditions and likely direction of the same indicators six months ahead. Data goes back to July 2001. The first report was issued in April 2002.

During this entire time, only once, in September 2001, before the reports were even issued, did expectations actually drop below current conditions, but only for the briefest period, and it took September 11 to force that to happen.

Since then, expectations have always been rosier than reality.

Regardless of how bad reality is at the time for these executives and their industries, or how steep their decline, they have a rosier outlook for the future. And most of the time, reality never gets as good as their outlook assumed, and often it gets a lot worse.

This proves that we as executives believe our own hype. Maybe we’re drinking too much of our own Kool-Aid.