We get some of our harder-to-find Japanese foods directly from Japan by mail, though we have some good Japanese stores in the Bay Area. And normally, we don’t run into problems with our air-mailed food. Well, except once: When we were living in Belgium, our package didn’t arrive at the expected day. And not the day after, either….

A week later, we received a letter from the customs office at the Brussels Airport, which is in the Flemish-speaking part of Belgium. Aggravatingly, the letter was in Flemish, the only language of the three official languages of Belgium—French, Flemish, and German—that I don’t speak. We were living in the French-speaking part of Brussels, and so maybe we got caught up in their efforts to break the country apart. At any rate, we found someone to translate the thing. Turns out, they’d confiscated our package. Turns out further, that we’d have to pay for delivery by courier if we still wanted the package, and we’d also have to pay some kind of fee ( to pay them for opening the package, or whatever).

When the courier finally arrived, he charged us €17 in cash plus a €10 fee, handed us our package, and departed. The package, however, which had been taped back together, was suspiciously light. We opened it with trepidation … to find everything of value gone, including the two superb and expensive jars of ikura (salmon caviar). The only thing left were rice crackers. Bon appétit, customs guys and gals.

Well, that was in Belgium, where these kinds of acts baffle your mind often enough.

Now we have our second problem: 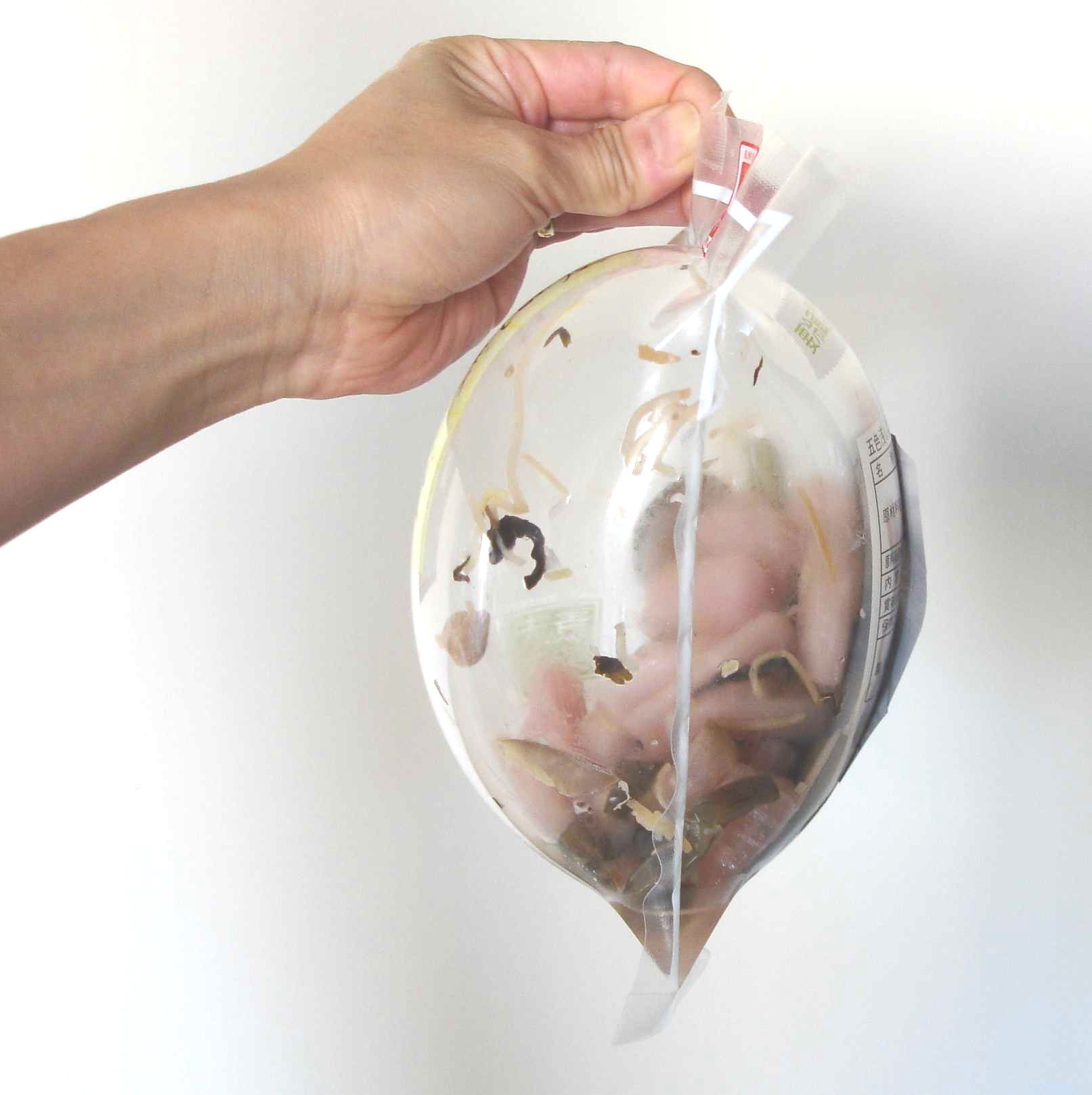 Originally vacuum-packed, it contains pickled mountain vegetables but looks more like an explosive device. We put it in the freezer to deflate it, but no go. Now we’re wondering how to dispose of it properly. And we certainly don’t want to be around when it blows.