The message from the chart of the Russell 2000 is clear: the current corrective phase is very different from the dips seen in the prior two years.

In the short-term, it appears that stocks are oversold and due for a bounce. And the history associated with a break of the 200-day would seem to suggest that the bounce could begin soon. However, the key question is if that move will represent a bottom to the corrective phase or simply a bounce within a more meaningful decline?

This question is represented in the weekly chart of the S&P 500 shown below. 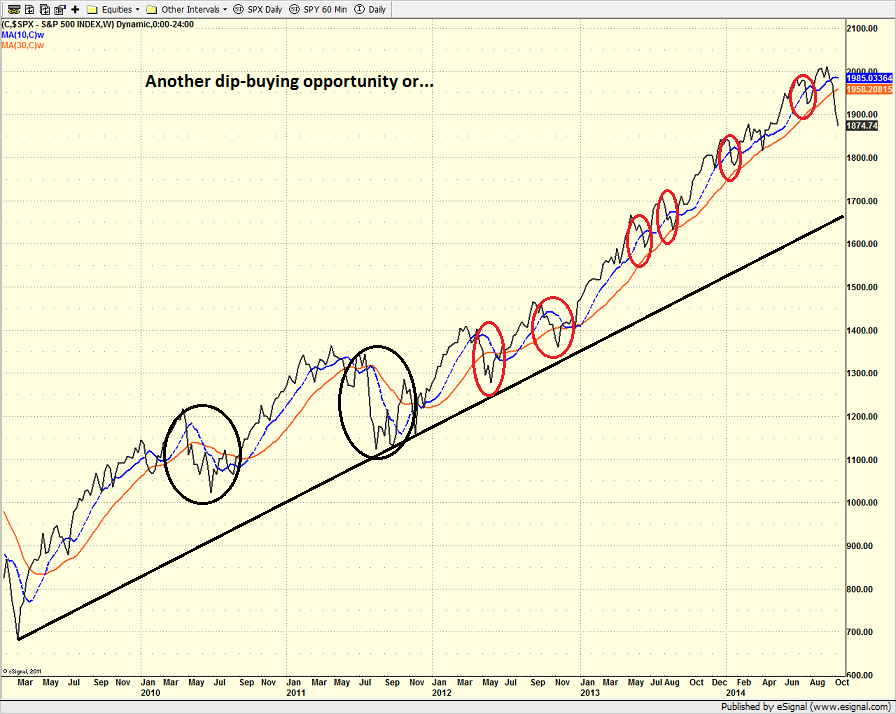 The red circles on the chart represent the dip-buying opportunities since the mini-bear of 2011 that was associated with the ongoing Europe debt crisis and the downgrade of U.S. debt. The black circles represent the two meaningful corrections that occurred after the credit crisis bear market ended in March 2009.

So, the question is whether or not the current decline will be a red circle or a black circle?

In looking at the charts of the other major indices for clues, the Russell 2000 continues to stick out like a sore thumb. 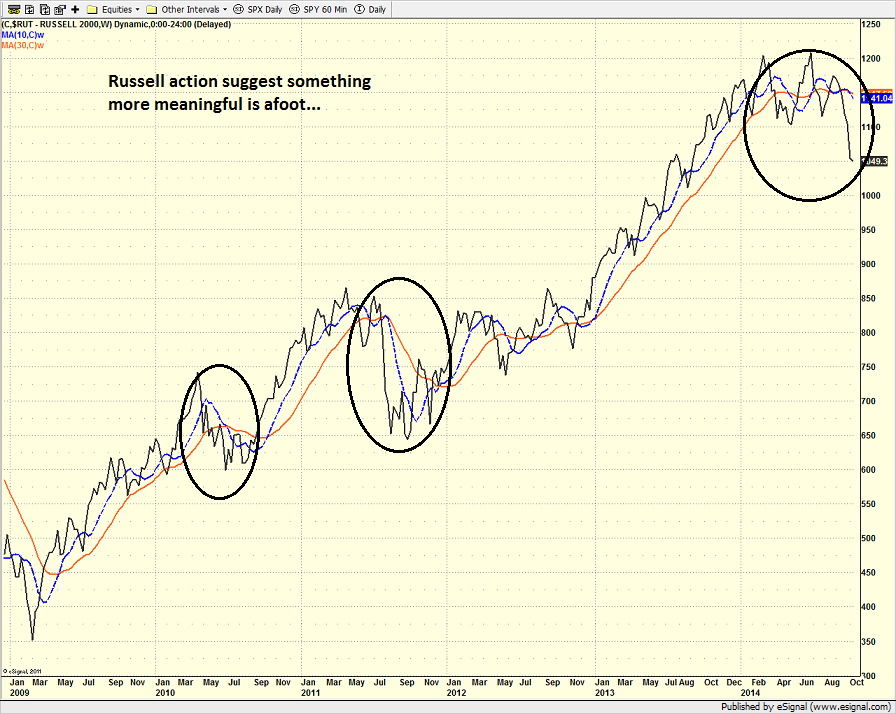 To be sure, technical analysis is definitely more art than science and is a little like reading tea leaves at times. However, the message from the chart of the Russell 2000 is fairly clear as the current corrective phase is very different from the dips seen in the prior two years.

The current market environment continues to weaken. And while it can be argued that a fair amount of the recent carnage may have been a bit artificial and/or overdone, there is little denying the fact that this decline is different from what traders have become accustomed to over the past couple of years. Therefore, investors need to play the game accordingly. By David Moenning, Heritage Capital Management, via Benzinga

But there are other, bigger problems out there: “Too many poorly understood structural changes have created unstable markets.” Read….. Why the Market Swoon May Become “Disorderly on a Scale not Seen since the Crash of 1987″