By Bianca Fernet, The Bubble:

Paul Krugman, undisputed celebrity of the scintillating world of economics, shocked this economist last Friday when he published an article accusing Argentina of “macroeconomic populism.”

For those of you who aren’t familiar with the bearded glory of Paul Krugman, liberal economist with a conscience, let me sum it up. Mr. Krugman is a widely-celebrated international economist who has contributed greatly to the fields of international trade, wealth effects, economics of scale, etc. In non-academic jargon, Paul Krugman has been influential in closing the gap between purely theoretical economics, and the actual application of economic principals and modeling to real world situations.

And in many cases, Mr. Krugman is spot on – one size does not fit all. Any human-sized woman living in Argentina can attest that in Buenos Aires boutiques, one-size-fits-all probably means one size fits all babies.

But in the case of Argentina, in the past Krugman has argued that Argentina’s recovery from the crisis in 2001 is a success story, and that the policies undertaken to exit the crisis led to GDP growth and progress that surpasses Brazil.

But now, these heterodox policies to exit a crisis have been painted by Mr. Krugman as macroeconomic populism. Krugman calls on Argentina to curb deficits and control inflation now that they are a problem – “the effects of economic policies, and the appropriate policies to follow, depend on circumstances,” he said – now that the “circumstances” have changed.

Economies are messy, open systems that can be influenced by a wide variety of variables. Nevertheless, government actions can be evaluated from a cause and effect standpoint. The heterodox policies advocated by Krugman up until last week are DIRECT CAUSES of the “changed circumstances” that now require a different approach.

Deficit spending and printing money are short-term, risky tools governments have at their disposal only to spur an economy into action. Argentina has been digging those spurs into the sides of the economy for over ten years now, and it appears that horsey has had enough. 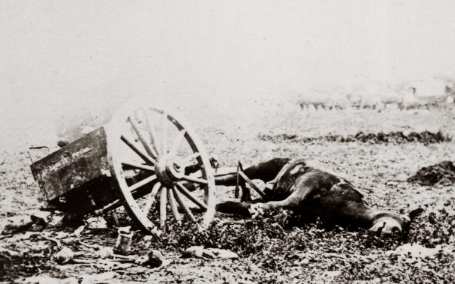 Artist’s rendition of Argentine economy as portrayed by a horse.

Mr. Krugman’s renown is based on his ability to apply high-level economics to real world situations, and his ability to rise to that challenge is commendable. I hope he graces us with more advice as to the options available to Argentina this time around than the “wisdom” that believing that the orthodox rules never apply is an equally severe mistake to believing that they always apply. Justin Bieber could have told us to never say never.

The orthodox rule of not spending money you don’t have clearly applies quite poignantly to Argentina right now, that is crystal clear. But what tools can Argentina put into place now to undo the damage caused by the over-application of emergency policies?

More specifically, how does Argentina unravel the knot that exists between price controls, import/export controls, and currency controls besides the Bianca-favored method of making snide jokes while a population and a country suffer the effects of an economic meltdown? By Bianca Fernet, The Bubble.